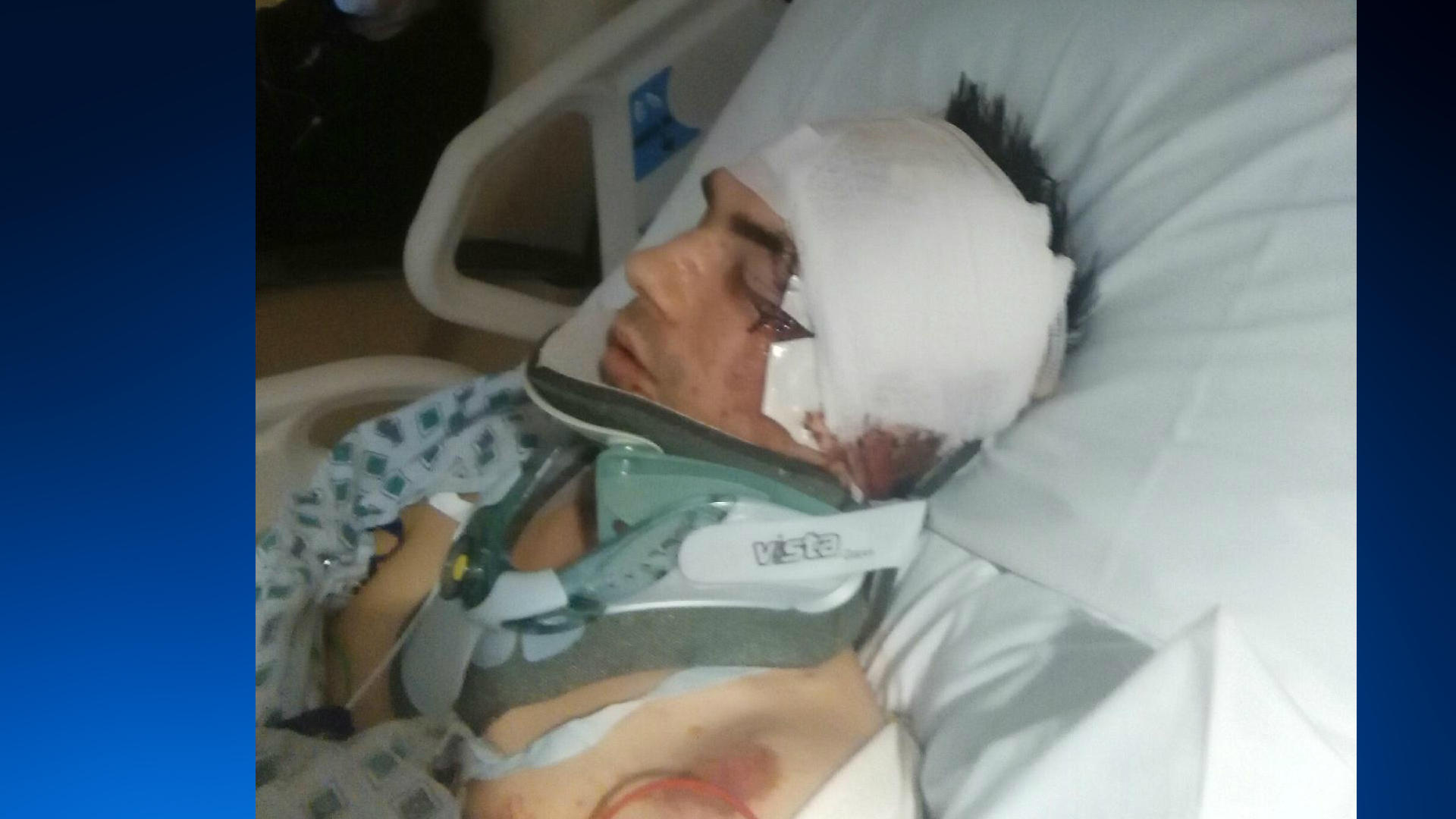 CHICO, Calif. -- A 33-year-old man was hospitalized with severe head injuries suffered when someone stole his father’s pickup truck during the chaotic evacuation near the nation’s tallest dam and ran him over, family members told CBS San Francisco station KPIX-TV Wednesday.

Cameron Asbury was loading up the truck with his family’s belongings after getting the evacuation order Sunday afternoon when an unidentified man jumped into the vehicle and sped away.

Cameron’s father Tim told KPIX-TV that he and his son got in their other car and chased the stolen vehicle in Oroville. Cameron got out and confronted the thief.

Instead of getting out of the truck, the man “gave it the gas and bee-lined right at him, ran him over,” the father said.

The unidentified man then fled in the vehicle and remained at large on Wednesday.

“He has major, severe head injury ... his right side of his face is all tore off,” said his father. “There’s a lot of emotions.”

He was in critical condition after several surgeries, but his dad said he was now stable.

The Butte County Sheriff’s Department was investigating the incident.

The Asbury family was among the 188,000 residents in Oroville and along the Feather River who were given less than an hour to flee their homes on Sunday after a spillway at the massive Oroville Dam appeared to be on the brink of imminent collapse. The evacuees were allowed to return home Tuesday after the dam was determined to be stable.

While Butte County Sheriff Kory Honea did not address the incident involving Asbury at his Wednesday news conference, he did tell reporters later that there had been some incidents of looting while the Oroville residents were forced out of their homes for two days.

Sunday was an especially difficult day in the town with thousands of people leaving all at once because they were worried the emergency spillway would collapse, according to the sheriff.

“That was an incredibly chaotic situation and I was aware of it,” said Honea.