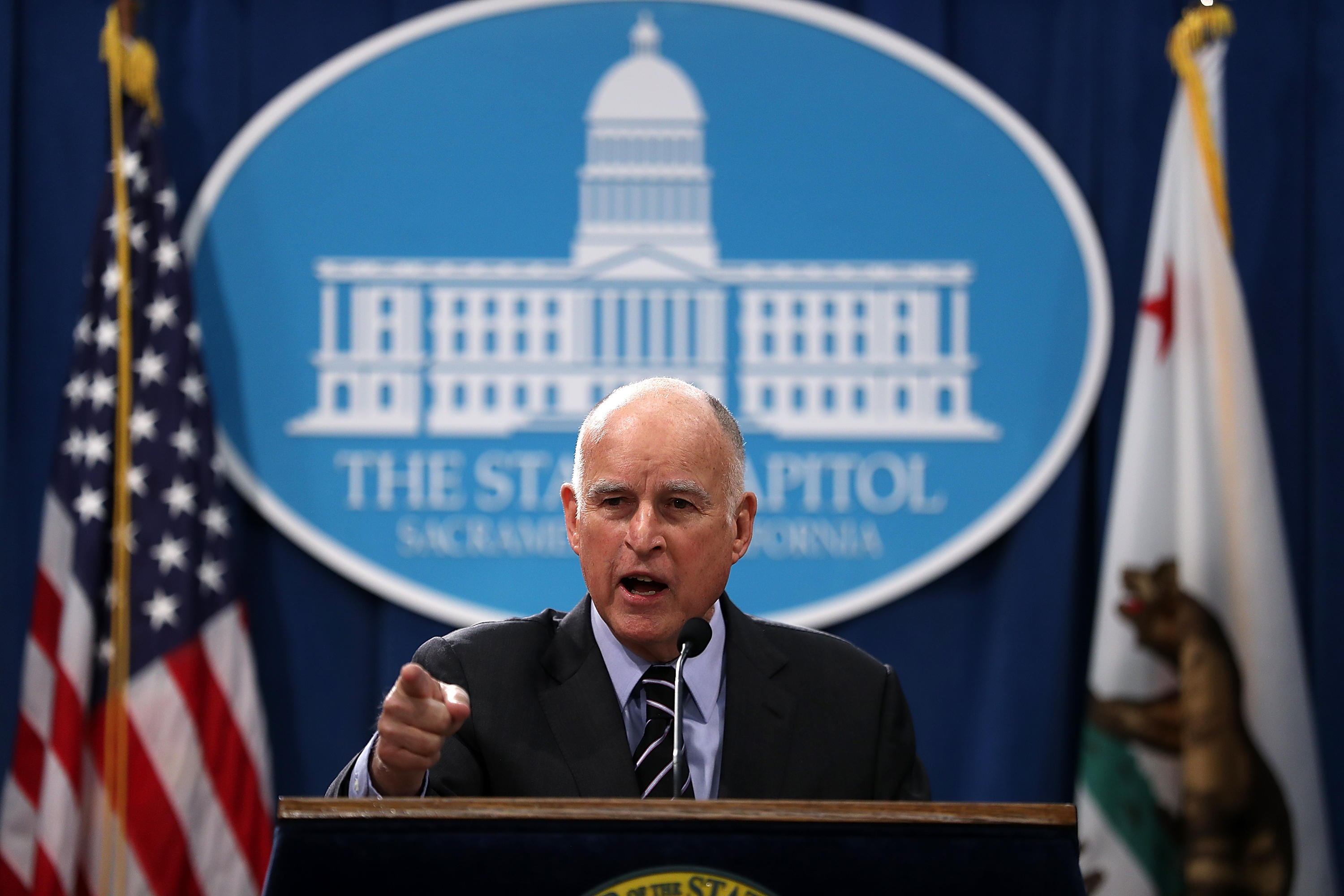 SACRAMENTO, Calif. -- California's signature initiative to fight global warming will get another decade of life after lawmakers from both parties joined Gov. Jerry Brown in extending the law credited with reducing the state's carbon footprint.

Monday night's votes to renew California's cap-and-trade program bolster the Democratic governor's quest to portray the state as a leader in the fight against climate change. At a bipartisan celebratory press conference following the vote, members from both parties noted the contrast with Washington, where Republicans have struggled to pass legislation and have taken a skeptical view of regulations to combat greenhouse gases.

Brown has sought to offer the state's cap-and-trade program as a model that can be reproduced in other states and even nations to reduce carbon emissions and combat rising temperatures.

"We're only 1 percent of the problem, but we're a lot more a part of the solution," Brown said. "It's not just what we do - it's what other people can follow."

Brown portrays the initiative, which would have ended in 2020 without legislative action, as essential for the survival of civilization. Extending it has been one of his highest priorities as he nears the end of his fourth term.

The legislation was fiercely opposed by some environmentalists who say it's too timid for progressive California, especially those who work to clean up the notoriously smoggy air in parts of Los Angeles, the San Francisco Bay Area and the agricultural Central Valley. Conservatives also fought the measure, saying it will raise costs in an already expensive state.

But Brown and Democratic leaders were able to cobble together the two-thirds support needed in both chambers to extend the law through 2030. One Republican in the Senate and seven in the Assembly joined a majority of Democrats in supporting the bill.

Among the Republicans was Assemblyman Devon Mathis, of Visalia) who voted for the billdespite what he described as fear tactics, reports CBS San Francisco.

Cap and trade puts a limit on carbon emissions and requires polluters to obtain permits to release greenhouse gases. Some permits, known as allowances, are given away while others are auctioned, generating billions of dollars in revenue for the state.

Brown and legislative leaders also successfully negotiated two companion bills that helped secure the two-thirds majority necessary to extend cap and trade. One aims to improve local air quality and helped bring some Democrats on board with the cap-and-trade deal. Mayes, meanwhile, brought some Assembly Republicans along by advocating another bill that may give the party more of a say in how to spend money collected through cap and trade in the future.

Still, the cap-and-trade extension bill faced stiff opposition from Democrats and Republicans alike in the weeks leading up to the vote, prompting last minute pleas from Democrats and a near apocalyptic address from Brown about a California devastated by climate change.

"I didn't know where it was going a few days ago," Brown said, acknowledging the difficulty in winning support.

Republican critics likened the bill to a tax that will hit Californians at the gas pump and the grocery store. The nonpartisan legislative analyst said last year that the existing cap-and-trade program accounted for an 11-cent-per-gallon increase in gasoline prices. The office has not analyzed the extension proposal.

"We could shut down the entire state of California and it would have absolutely no effect on the global climate," said Sen. Andy Vidak, a Republican from Hanford in the agricultural Central Valley who voted against the extension. "But what is measureable is the effect this tax will have on the poorest of the poor in my district and across California."

Local environmental justice advocates, meanwhile, said cap and trade allows polluters to keep fouling the air around major sources of pollution such as oil refineries, and objected to concessions Brown made to the oil industry and other polluters in a bid to win support from Republicans and moderate Democrats.

State law requires California to reduce greenhouse gas emissions 40 percent from 1990 levels by 2030 - among the most aggressive mandates for carbon reduction in the world. Without cap and trade, state regulators would be forced to enact restrictive mandates on polluters that would be burdensome fo