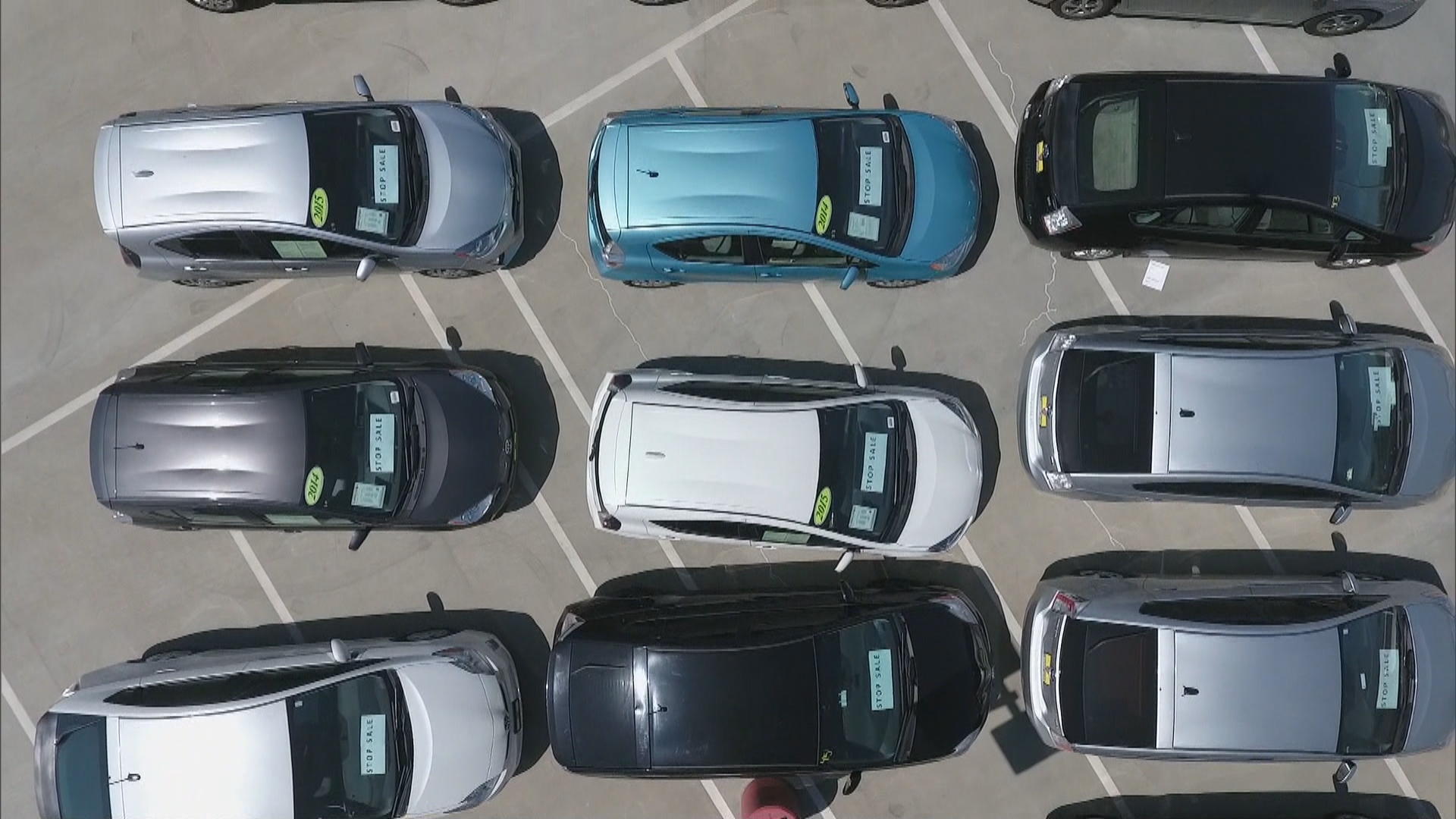 A Toyota dealer in California is refusing to sell certain models of the popular Prius over a potential safety issue. The automaker began voluntarily recalling hundreds of thousands of Prius hybrids in 2014 and 2015 because some cars would lose power while being driven.

Toyota says it issued an effective remedy, but one Southern California dealership is suing, saying it didn't fix the problem. The automaker says the lawsuit is not about a safety problem and is instead about bad blood.

The problem with the Priuses, which affects models years 2010 to 2014, is that the car's inverter could overheat. The company did a software fix, but years later, Roger Hogan says he's seeing a steady flow of the hybrids at his dealership with a problem he believes the recall should have fixed, reports CBS News' Kris Van Cleave.

Kathleen Ryan says she was in the fast lane on a busy Los Angeles freeway in January when something went wrong with her 2010 Toyota Prius hybrid.

"The experience was terrifying," Ryan said. "It felt like someone pulled the emergency brake. I mean I couldn't believe what was happening; you step on the accelerator and nothing happened."

A Toyota mechanic traced the problem to the car's inverter, which controls the transfer of electricity between the battery and two electric motors.

Ryan's Prius was among roughly 800,000 voluntarily recalled in 2014 because a circuit in the inverter could overheat and fail, potentially causing the vehicle to lose propulsion.

Repair documents show she got the software fix offered by Toyota, which added a fail-safe mode intended to keep the car running at a reduced speed long enough for a driver to safely get off the road.

Hogan owns two Southern California Toyota dealerships. He says after seeing more than 100 of the sedans come in with failed inverters that had previously received the recall fix, he stopped selling many used Priuses -- which were among his best sellers.

Hogan said he "absolutely" believes Toyota is putting lives in danger. Hogan will still take Priuses as trade-ins but if it's a model from between 2010 and 2015, they'll end up on the roof, where about 50 of them parked. He estimates having $1 million in parked Priuses he will not sell.

Hogan said has never done a stop sale during his more than 40 years in the car business.

"I've never felt I had the need to do anything like this," he said.

In October, a Toyota vice president wrote to Hogan saying, "When implemented, the software change lessens the likelihood of a failure" and "once in fail-safe mode, the vehicle can be safely driven" for some time.

In December Hogan petitioned federal regulators to investigate the recall fix for not addressing the inverter failures directly, writing "there are lives needlessly at risk."

Hogan showed us how the metal screws inside one inverter melted and something pierced the aluminum cover. It came out of Martha Anderson's 2012 Prius.  The engine component got the recall repair prior to failing late last year on this busy road with a 50 mph speed limit.

"It slowed down to the point that I was barely going and fortunately there wasn't a lot of traffic on there. I'm thankful that I wasn't on the freeway," Anderson said.

His suit alleges breach of contract and fraud, arguing the automaker's "'remedy' did not fix the safety defect." According to the complaint the software fix costs about $80 dollars per car. To replace the inverter can cost up to $3,000 each. The company changed the inverter design in late 2014.

Hogan's suit also claims Toyota is trying to block him from handing over his dealerships to his sons. But Toyota says there is not a safety issue here and Hogan's claims "are without merit." The company has confidence its remedy is effective and the recall's addition of a fail-safe mode "was implemented to enhance vehicle safety."

Instead, Toyota argues the timing of the lawsuit and says Hogan's claims are "motivated primarily by a separate dispute he has with Toyota over management and succession issues involving his dealership, not the effectiveness of the Prius inverter recall."

"My real grudge with Toyota has always been their lack of commitment to customer safety," Hogan said. "That's what started this problem. I didn't create the 100 failures at my two stores. I didn't manufacture those cars and then issue a recall that doesn't work. Toyota did."

Kathleen Ryan is still driving her Prius, though with a new inverter

"I really appreciate the opportunity to share this story because people who have these Priuses who have just had them recalled and assume that everything is OK - this could happen to them," Ryan said.

The National Highway Transportation Safety Administration told CBS News it is "monitoring its complaints and will take action as appropriate." NHTSA is asking owners who've had this problem to contact them. Toyota stresses it believes all Prius vehicles are safe, and they're monitoring the issue

Toyota's full statement to CBS News: "We believe Mr. Hogan's allegations are without merit, and we intend to defend vigorously against his claims. The Prius inverter recall was implemented to enhance vehicle safety, and we remain committed to the safety and security of our customers. As a part of this commitment, Toyota continues to review and monitor available information on this issue. Toyota welcomes feedback from its dealers on vehicle performance and safety; however, we believe Mr. Hogan's lawsuit is motivated primarily by a separate dispute he has with Toyota over management and succession issues involving his dealership, not the effectiveness of the Prius inverter recall."