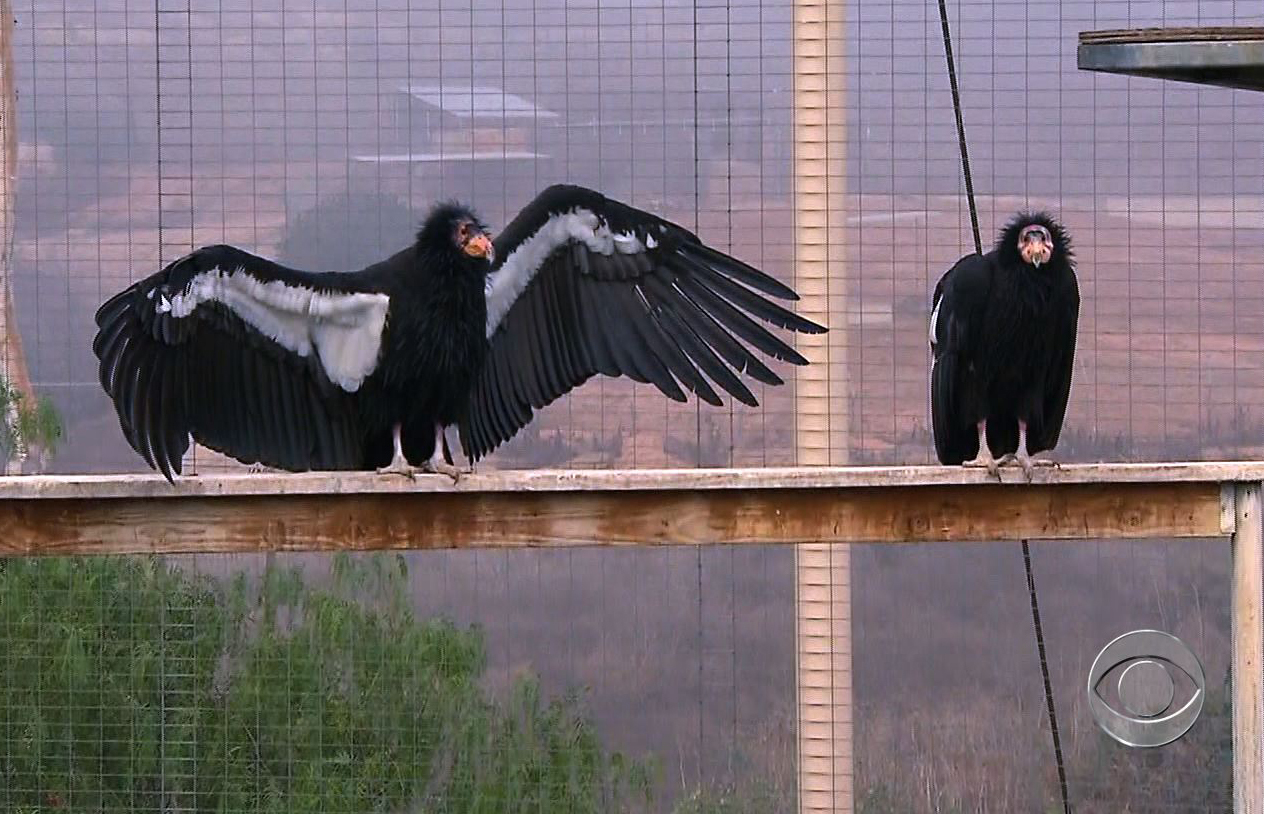 To see a California condor gliding 15,000 feet in the air is nothing short of spectacular -- riding thermal air currents, with a wingspan longer than a pickup truck. These bald-headed birds once ruled the western skies.

Their story took a tragic turn. But it isn't over yet, as CBS News correspondent Bill Whitaker reports.

In the early 1980s, the number of California condors plummeted. After decades of poaching and environmental hazards like habitat loss, pollution, and lead poisoning, just 22 birds remained in the entire world.

Conservationists scrambled to protect them with breeding programs at the zoos in Los Angeles and San Diego. Scientists used puppets to raise condor chicks to keep them from growing attached to humans.

The breeding programs worked. And next year, the worldwide population of condors is set to soar past the 400 mark.

"We have saved the species genetically and demographically," said Michael Mace, curator of birds at the San Diego Zoo Safari Park.

Mace has devoted most of his career at the San Diego zoo to protecting the California condor, releasing more than 100 into the wild. He's proud of the birds' progress, but warns, "The environment still has challenges. There are still pressures on the species."

Those pressures include power lines, like the ones stretching three miles up a rugged peak near the Northern California community of Big Sur. They bring power to an air traffic control radar system. But covered by coastal fog, the lines are difficult to see --- and have electrocuted three condors.

Kelly Sorenson tracks the condors in Big Sur, and says these power lines cut right through their flight path.

So Pacific Gas & Electric -- the company that owns the power lines -- took on a massive, three-month project to move the wires underground. Using helicopters, the utility brought in piping and removed 46 power poles.

The total cost: $4.2 million. It's one of the largest utility projects ever launched to protect an endangered species.

"Right now, we're in this race. We want to get the population up as fast as we possibly can," Sorenson said.

For now, there's one less obstacle in the way of the condors' recovery.