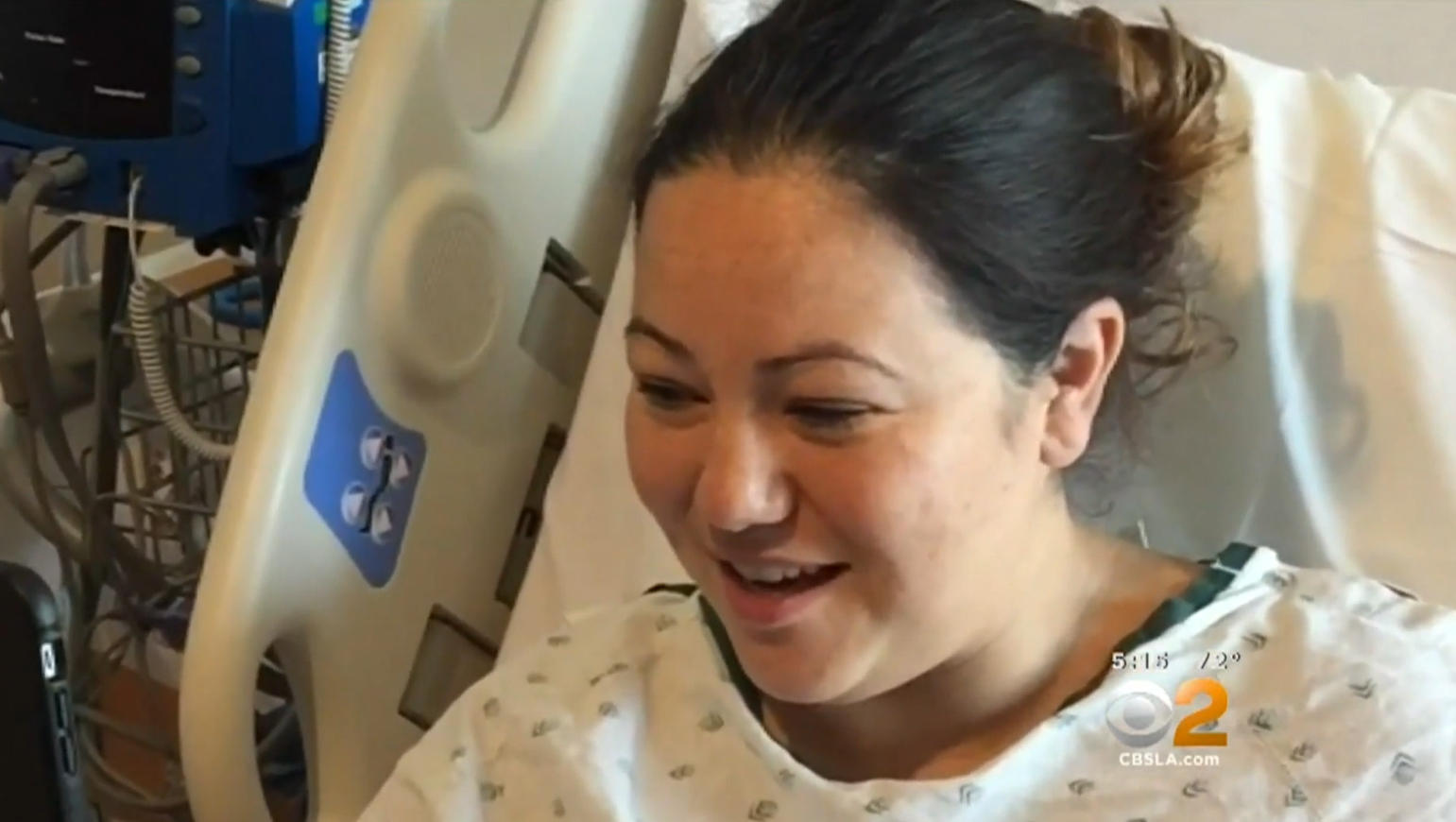 BURBANK, Calif.  —  A Burbank woman went into labor on Labor Day — something she didn’t plan for because she didn’t even know she was pregnant, reports CBS Los Angeles.

His wife, Jennifer Favela, was pregnant all right. She gave birth to a boy after 4 a.m.

Favela said she did not expect to be expecting. “Shocked is an understatement,” the new mom said. “I woke up in the middle of the night just thinking I had a stomachache.”

But all of a sudden, her water broke. The 35-year old mother of a 13 and 7-year-old said she never had morning sickness but did have what she thought were light periods.

As for the weight gain, Parungao said he did say something to his wife last week. “I told her, ‘Hey, we need to do something. Man, you’re gaining weight.’”

Favela admitted she noticed it too but never thought she was pregnant.

“I knew I was gaining weight but I just thought other things that I’m worried about – not a kid,” Favela recalled.

The baby came Labor Day morning in the family’s hallway, delivered by dad. He was on the phone with dispatchers and relied on what he saw when his other kids were born to guide him.

Their Facebook page exploded with shocked congratulations such as, “Wait! You guys didn’t know you were pregnant????”

“I actually work for an insurance company. So that’s going be an interesting phone call when I have to call my boss,” Favela joked.