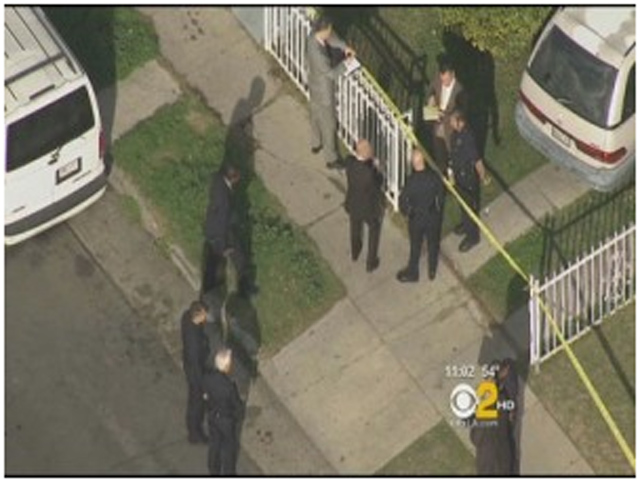 (CBS) LOS ANGELES - A 1-year-old girl has died after her mother drowned her and attempted to drown her 5-year-old sister in a bathtub of their South L.A. home Wednesday morning, police said.

The Los Angeles Times reports the 1-year-old died at California Hospital Medical center, where she and her sister were taken after their father came home to find the mother trying to drown them in a makeshift standup shower, according to police.

The girls were found by their father unconscious and not breathing, Deputy Chief Pat Gannon said.

Authorities said firefighters attempted to resuscitate the girls, but they were unconscious and not breathing when they were taken to the hospital.

The 5-year-old remained in critical condition. At one point, rescuers were able to get a pulse on her and she was transferred to Children's Hospital Los Angeles.

Police said they believe the mom intended to drown both her daughters.

The mother seemed troubled, "like she was disturbed," neighbor Jennifer Houston told KTLA.

"She stays in the house," said Judy McCann, who has lived on the street for about 30 years. "She never comes out," McCann told the station.

Another neighbor said the father was the nicer one, and appeared to "have all his marbles."

In an interview with The Times, deputy chief Gannon said it seems as if the mother "snapped."

The mother was taken into custody but had not yet been booked.