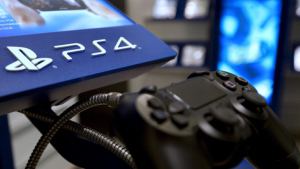 SAN FRANCISCO – Authorities in San Francisco say they have arrested a suspect in the fatal shooting and robbery of a man who advertised a Playstation 4 gaming console for sale online.

Ikenna Uwakah, 22, was shot in his vehicle when he arrived at a meeting place with his girlfriend to make the sale. The girlfriend was not injured and the console was taken, according to the San Francisco Chronicle.

The shooting occurred around 3:30 p.m. Sunday on the street in the city's Bayview district.

The woman reportedly drove the victim for about a mile and called authorities from Bayshore Boulevard. Uwakah was then taken to San Francisco General Hospital, where he died.

The paper reports the police did not disclose the Web site on which Uwakah had advertised the gaming console but said it was not Craigslist.