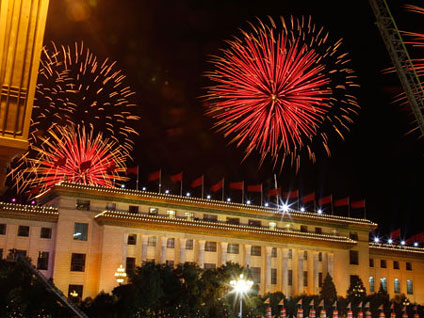 California has lost track of more than 33,000 convicted sex offenders, despite a law requiring rapists and child molesters to register each year for inclusion in the Megan's Law database.

"We don't know where they are," acknowledged Margaret Moore, who until recently ran California's sex offender registry.

Sex offenders are not checking in with law enforcement, which in most cases is a felony. And many overworked police departments are not following up.

"It's not only in California," said Laura Ahearn, executive director of Parents for Megan's Law, a national victims' rights group. "We're expecting sex offenders to be reporting their addresses and that's the problem."

According to 2002 data provided to The Associated Press after repeated requests over nine months, the state does not know the whereabouts of at least 33,296 sex offenders, or 44 percent of the 76,350 who registered with the state at least once. These rapists and child molesters vanished after registering.

The total number of convicted sex offenders whose whereabouts are unknown may be even higher: No one knows how many offenders never registered at all after leaving prison.

Failing to register could put high-risk offenders in jail for up to three more years, but most police departments are not enforcing the law.

No one knows how many of these missing sex offenders have struck again. But nationally, 52 percent of rapists are arrested for new crimes within three years of leaving prison, according to the U.S. Justice Department.

Among those missing is Richard Flick, convicted of molesting four young children in the 1980s and '90s. Flick was freed from Atascadero State Hospital in 1999 despite warnings from the hospital staff that he hadn't resolved his sexual attraction to children. Even he said it would be "disastrous" to be released without supervision. A search of the database turned up nothing about him.

The 1996 law is named for 7-year-old Megan Kanka, a New Jersey girl who was raped and killed by a child molester who had moved in across the street. All states have similar laws designed to warn communities about the presence of such ex-cons.

Megan's Law databases are supposed to help the public and police monitor convicted sex offenders by keeping track of their home and work addresses and other personal details. Adults can search the database at sheriffs' offices or police departments.

But no one audits California's database for accuracy. State Justice Department officials cannot even say how much the program costs.

Attorney General Bill Lockyer touts the sex offender database as a valuable tool for the public, one that is updated daily and available in 13 languages. But when presented with the AP's findings — the first-ever analysis of the database's accuracy — he acknowledged changes are needed.

"Our system is inadequate, woefully inadequate," he said. "It can only be improved by putting money into the local law enforcement agencies. It's a matter of resources."

Former state Assemblywoman Barbara Alby, the child advocate who wrote California's Megan's Law, said she was appalled by the findings.

"We've got to put some teeth in the law for law enforcement," she said. "We should tie some of their funding to making sure this is getting done."

Some states take a firmer approach. In Washington, law enforcement officers go to sex offenders each year to confirm their information, rather than relying on ex-cons to report in. Only 10 percent of that state's 17,105 offenders could not be found, said Toni Korneder, Washington's Criminal History Records Manager.

Among the bright spots in California are Los Angeles and San Jose, which spends $600,000 on a staff of seven people working full-time to monitor 2,700 rapists and child molesters. In San Jose at least, police say they can instantly identify every known molester living or working nearby as soon as they learn of an attack on a child.

Most other local efforts are less organized and understaffed.

"We could definitely use some help," said Detective Terry Chew, the lone officer responsible for tracking Sacramento's 1,945 registered sex offenders.

He said he thinks 300 or more are not complying, but "there's so many of them out there, it's hard to keep track."