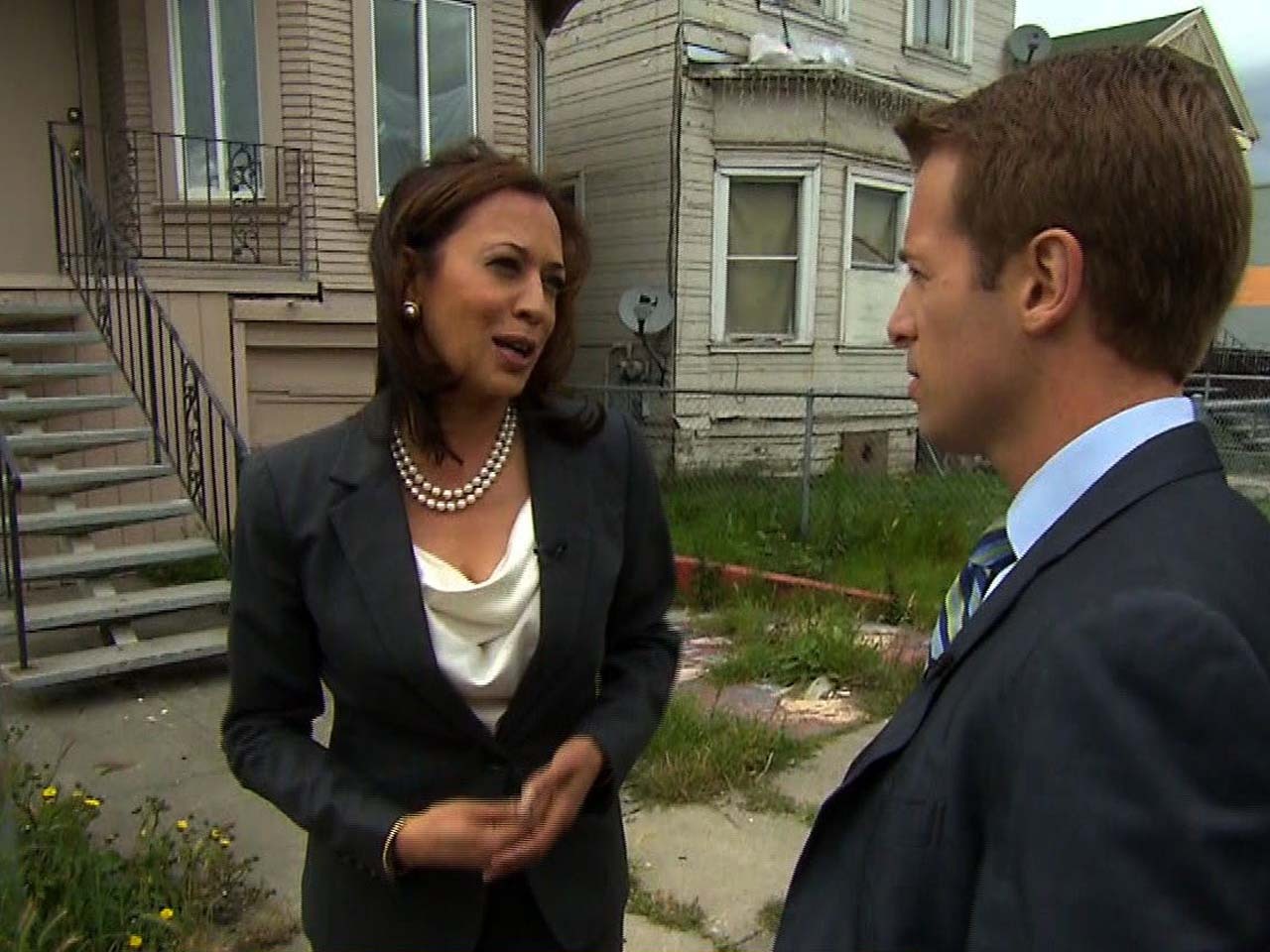 (CBS News) Seven of the top 10 worst cities hit by foreclosure in the U.S. are in California. But struggling homeowners there have a powerful advocate in their corner: the state's attorney general, Kamala Harris.

Harris knows what it's like to be the underdog. She beat the odds to become the first woman and the first African American to be elected attorney general of California.

What it's like to be the first? Harris said, "When I first was elected as (District Attorney) of San Francisco as the first woman I would get that question, and I'd say, 'I don't know how to answer that question because I've always been a woman,' but I'm sure a man could do the job just as well."

Ending the foreclosure crisis has become Harris' signature issue. She often visits hard-hit neighborhoods. "You have to see and smell and feel the circumstances of people to really understand them," Harris said.

Newsweek calls her one of the most powerful women in America, and she proved it this month when she successfully pushed through a first-of-its-kind Homeowner Bill of Rights. It requires banks to provide a single point of contact for California homeowners and stop the practice of dual tracking, in which lenders move ahead with a foreclosure, even while they're negotiating with the homeowner to modify a loan. California Gov. Jerry Brown signed the bill into law this month.

Harris said, "We have seen the damage that has been caused by rules that are ambiguous or rules that are in conflict, so let's clean them up. Now is an opportunity to do it, let's just do it."

Harris has taken on the country's biggest banks before, suing them for foreclosure abuses. They offered her $4 billion in a settlement, but she played hardball. Speaking of the initial offer, Harris said, "It did not represent at that time a fair deal for California, and so we walked away."

Harris held out and got $18 billion with $12 billion of that amount going toward helping underwater homeowners. It's controversial, but Harris wants to reduce the principal on their loans, wiping out some of their debt. "(It's) so that they can then be in a situation where they can afford to pay and they have an incentive to pay."

When asked why cover bad investments people have made, Harris said, "I think of it as people's homes. It's their one home. Buying a home is not about making money."

"There's no question that there were people who during the bubble approached the system with the intention of purely making money," Harris said. "The vast majority of the people we're talking about are people who wanted a home."

The banking industry is not thrilled with California's new homeowner protections. They worry it will needlessly slow down the foreclosure process and create a bunch of frivolous lawsuits from homeowners.

The move to help homeowners, however, is not without some resentment. You could have one block where a homeowner who done everything they can to stay current with that mortgage, even after losing a job or other financial hardship, while the neighbor next door might get $100,000 taken off their mortgage. So that is a moral hazard. Harris is aware of it, but says that if we can stabilize the housing market and help with some of the foreclosures, this helps everyone's property values.

To watch Ben Tracy's full report, click on the video above.

Americans reflect on divided nation: "This doesn't feel like America"