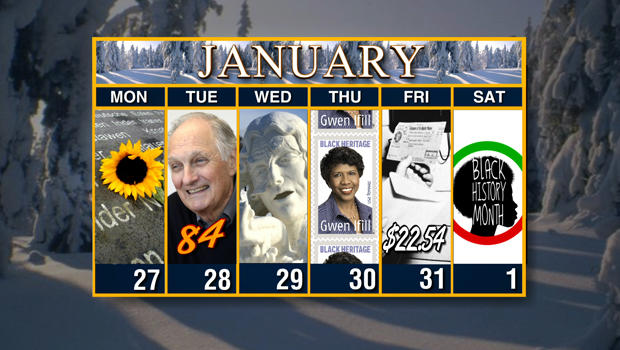 Monday is Holocaust Memorial Day, marking the 75th anniversary of the liberation of the Auschwitz death camp.

To watch scenes from Winterfest click on the video embed below:

Thursday sees the dedication ceremony for the Gwen Ifill Black Heritage Forever Stamp, honoring the pioneering journalist who died in 2016.

And Saturday is Day One of National African-American History Month.