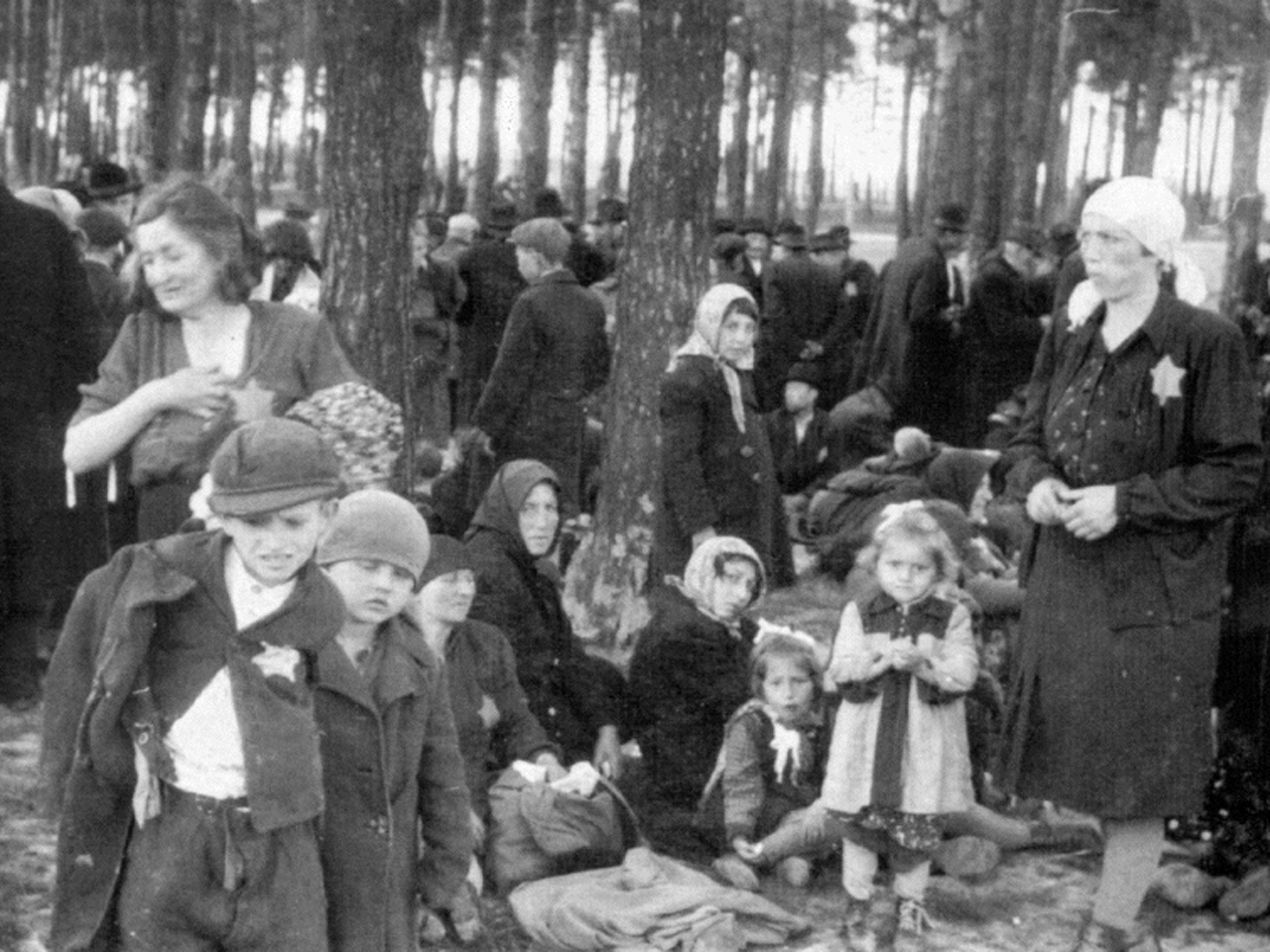 (CBS News) Seventy years ago today -- October 6, 1943 -- a group of rabbis and Jewish war veterans staged a small march in Washington to draw public attention to the Holocaust then taking place across Nazi-occupied Europe. We are still learning more about just what happened, both from archives and from the personal witness of those who somehow survived. Our Cover Story is reported now by Lee Cowan:

She remembers it vividly: "The train arrives, people getting out, lining up on the platform, and pretty soon they will be told, 'Men to one side and women to the other."

To talk with Irene Weiss is to touch the Holocaust in a truly personal way.

She's a survivor, and yet -- some seven decades later -- she can barely believe it had actually happened.

"At first, this was pretty hard to talk about, wasn't it?" Cowan asked.

"Yes. It was extremely difficult. And then I realized that we have to share the story. We can't let people forget it."

She was just 13 when the boxcar carrying her and her family arrived at Auschwitz on that all-too-busy platform.

Weiss knew little of what would come of her when the doors of the cattle car opened: "They were barking orders to get out. My father and 16-year-old brother lined up with the other men and boys, and the women and children and elderly in another line."

"Where did your mom go?" Cowan asked.

"Well, she and a very large number of the people from the train were headed right to the gas chambers," Weiss said. "Within a half hour, they were all dead."

That was her childhood reality. But the older she grew, the more unimaginable it all seemed -- until one day, she heard about a set of photos that she never knew existed. They were taken by the Nazis on the Auschwitz platform on the very day Irene arrived.

A picture captured that very moment: Irene to the left, alone on the Auschwitz platform: "I'm leaning in to see where my little sister went."

"The very first thing we asked is, 'When are we going to see our families?' " she said. "And they pointed to the chimney and they said, 'That's where your parents are. That's where your family is.'"

"They pointed to the chimney?"

"The chimney. And we ignored it. We ignored it totally. It cannot be."

And then there's this photo that captured Irene's family waiting in line for the Auschwitz gas chamber.

"These two little boys are my two little brothers, and for a long time I could not find my mother here, and I was very unhappy," Weiss said. "And then one day this little face here, sticking out, and I looked with a magnifying glass, and I found her. Ah, yeah, that's the one."

The Holocaust, it seems, continues even now to reveal its horrific reality -- and not just to survivors like Irene Weiss.

At the United States Holocaust Memorial Museum in Washington D.C., a 13-year project has uncovered evidence that the number of places where the Holocaust was put into practice was actually far more numerous than anyone imagined.

Geoffrey Megargee, the lead editor of a multi-volume encyclopedia being written on the Holocaust, said that when he started his research, his sense of the scope of the number of sites implementing Hitler's orders was in the range of 5,000 to 7,000, which to him was "an astounding number."

"Exactly," he said. "When you put them all together, this was a shock."

Megargee's research doesn't change the number of people exterminated; What it does is enumerate the mind-boggling number of concentration camps, killing centers, ghettos, brothels and forced labor camps where the Nazis persecuted not only Jews, but Poles, homosexuals, Soviet prisoners of war, and many others, too.

"So what does that say about the notion that this was just taking place in a few corners of Europe and was the result of Hitler and a few mad men?" asked Cowan.

"I think it destroys it, utterly," Megargee replied. "Really, to say that you didn't know that there were camps, what was going on in the camps that were local, that would have been impossible."

Which raises the question: Just who beyond the notorious SS were complicit in the persecution?

For most of the last 70-plus years, German women for example, were thought to be largely innocent bystanders.

But disturbing new research to be released in a book this week paints an unnerving portrait of women's participation in the Holocaust. They, too, could be brutal killers.

"It takes a certain cognitive ability to carry out, to organize this kind of mass murder on this scale," said Wendy Lower, author of "Hitler's Furies: German Women in the Nazi Killing Fields." "And women are not innocent of that. They have that cognitive ability."

Lower said a generation of women was swept up in the nationalistic fervor of the Nazi movement. Banners like one reading "Women and girls -- the Jews are your ruin" were pervasive.

She points to 23-year-old Erna Petri, who stumbled on six Jewish children who had escaped from a nearby train. She was so anxious to prove her loyalty to the Reich that she shot them all in the back of the head.

There was Johanna Altvater, who at 22 had moved East to be a secretary. One day while on a visit to a Jewish ghetto, one inquisitive child got too close: "She picked the child up by the legs and slammed it against the ghetto wall, like she was, you know, kind of shaking the dust out of a carpet."

These women weren't military -- they weren't under orders to kill. Lower points out, it's what they knew.

Ursula Mahlendorf knows about getting ideologically hooked. "I was very enthusiastic, there was no time that I ever doubted anything," she said of being a Nazi. "Yeah, I was really proud. Yeah, Oh yes. Yeah."

She was a member of the Hitler Youth at the tender age of 10. She was forced to join.

She later became a nurse's aide at a field hospital.

One day an injured Russian POW was brought in. She had been taught to hate anything not purely German. Two orderlies asked her if they should kill him instead of treat him.

What happened next surprised her.

"I've never felt a hate, a wave of hatred like that before, and I was just about to yell, 'Yes, you do it,' " Mahlendorf said.

Kill him? "Yeah, and I was aware of what it was, of what I would have been saying. That was one realization that always stayed with me: I could have killed."

She didn't; as far as she knows that POW survived.

Mahlendorf eventually moved to the U.S. as a Fulbright Scholar, and spent her life teaching at the University of California at Santa Barbara. But her Nazi past still haunts her to this day.

"Have your forgiven yourself?" Cowan asked.

She now counts among her friends Holocaust survivors who bear a different kind of witness.

The extent of the Nazi brutality may only be coming to light to researchers now, but for Irene Weiss, it was always there.

"This may be an odd question," said Cowan, "but do you ever wonder why you survived?"

"Pure chance in every way," Weiss said. "There were so many chances to die, and so many, occasionally, chances to survive another day. The system was rigged against survival."

The life of a CIA shadow warrior
Thanks for reading CBS NEWS.
Create your free account or log in
for more features.
View CBS News In
CBS News App Open
Chrome Safari Continue
Be the first to know
Get browser notifications for breaking news, live events, and exclusive reporting.