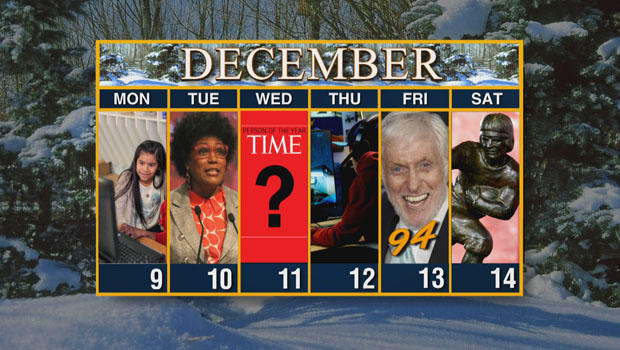 Monday kicks off Computer Science Education Week, promoting the idea that every student in every school should be able to learn computer science.

Tuesday sees the New York Women in Film and Television Muse Awards, hosted by our own Nancy Giles.

On Wednesday, Time magazine announces its Person of the Year.

Thursday's the day the 2019 Game Awards for video games are handed out in Los Angeles.

From "The Dick Van Dyke Show": Dick Van Dyke and Mary Tyler Moore entertain their party guests like a real host and hostess should: