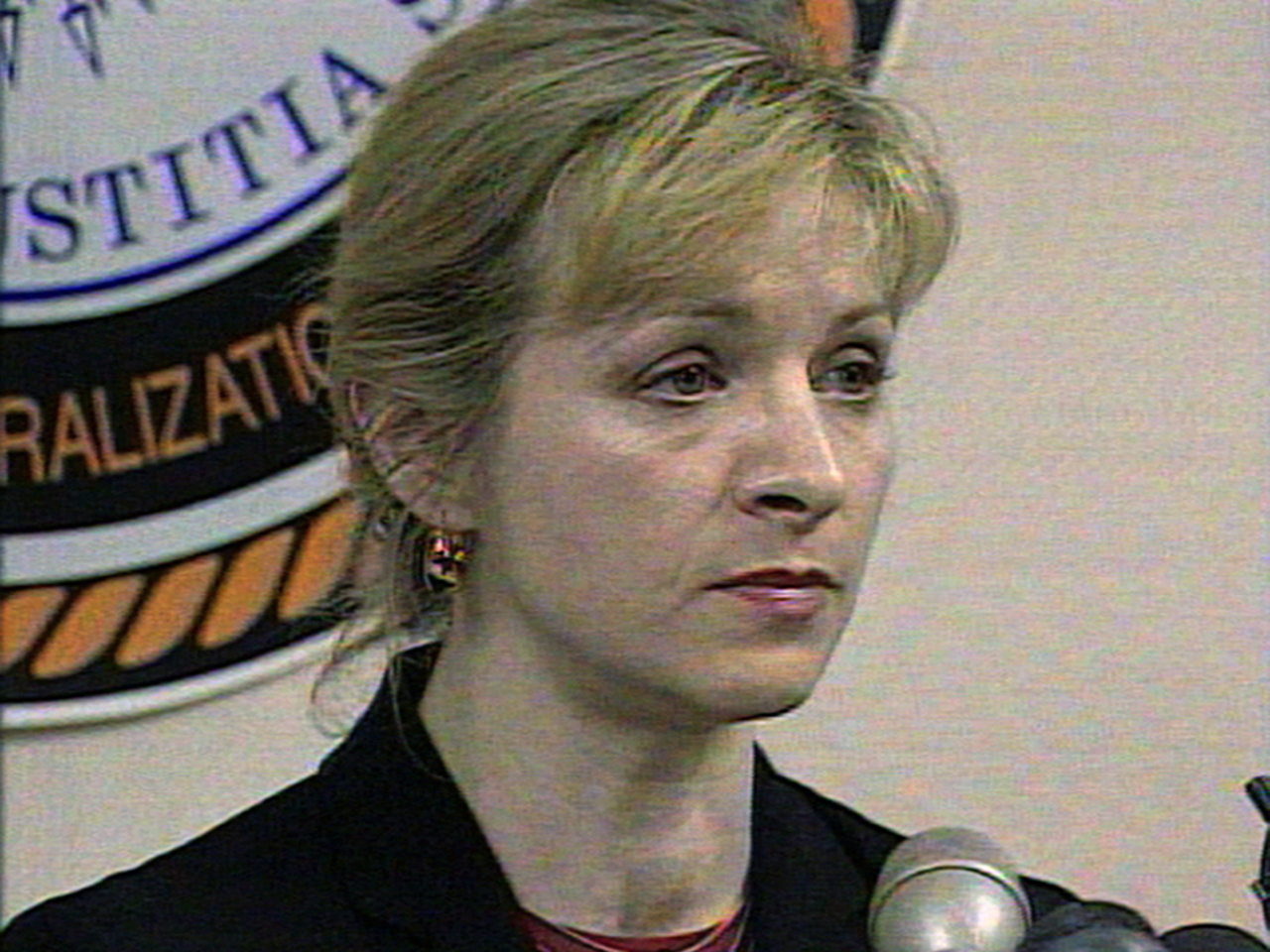 WASHINGTON - A woman who settled a sexual harassment complaint against GOP presidential candidate Herman Cain in 1999 complained three years later at her next job about unfair treatment, saying she should be allowed to work from home after a serious car accident and accusing a manager of circulating a sexually charged email, The Associated Press has learned.

Karen Kraushaar, 55, filed the complaint while working as a spokeswoman at the Immigration and Naturalization Service in the Justice Department in late 2002 or early 2003, with the assistance of her lawyer, Joel Bennett, who also handled her earlier sexual harassment complaint against Cain in 1999. Three former supervisors familiar with Kraushaar's complaint, which did not include a claim of sexual harassment, described it for the AP under condition of anonymity because the matter was handled internally by the agency and was not public.

To settle the complaint at the immigration service, Kraushaar initially demanded thousands of dollars in payment, a reinstatement of leave she used after the accident earlier in 2002, promotion on the federal pay scale and a one-year fellowship to Harvard's Kennedy School of Government, according to a former supervisor familiar with the complaint. The promotion itself would have increased her annual salary between $12,000 and $16,000, according to salary tables in 2002 from the U.S. Office of Personnel Management.

Kraushaar told the AP she considered her employment complaint "relatively minor" and she later dropped it.

"The concern was that there may have been discrimination on the job and that I was being treated unfairly," Kraushaar said.

Kraushaar said Tuesday she did not remember details about the complaint and did not remember asking for a payment, a promotion or a Harvard fellowship. Bennett, her lawyer, declined to discuss the case with the AP, saying he considered it confidential. Kraushaar left her job at the immigration service after dropping the complaint in 2003, and she went to work at the Treasury Department.

Details of the workplace complaint that Kraushaar made at the immigration service are relevant because they could offer insights into how she responded to conflicts at work. She now works as a spokeswoman in the office of the Treasury Department's inspector general for tax administration.

Kraushaar's complaint was based on supervisors denying her request to work full time from home after a serious car accident in 2002, three former supervisors said. Two of them said Kraushaar also was denied previous requests to work from home before the car accident.

Kraushaar told the AP that she remembered the complaint focusing on supervisors denying her the opportunity to work from home after her car accident. She said other employees were allowed to work from home.

Kraushaar, who is married and lives in suburban Maryland, was among two women who formally settled harassment complaints against Cain in exchange for severance payments in the late 1990s when they worked at the restaurant association. Bennett has said Kraushaar settled her claim during the summer of 1999, shortly after Cain left the organization. Neither Kraushaar nor Bennett have described exactly what Cain was accused of saying or doing to Kraushaar when she worked there, although Bennett said Kraushaar wants to conduct a joint news conference with all the women who have accused Cain. The New York Times reported previously that Kraushaar received $45,000 in the settlement with the restaurant association.

Kraushaar agreed to discuss some aspects of the complaint at the immigration service if the AP agreed to protect her privacy, as it did in previous accounts of her complaint against Cain. She subsequently waived her privacy by confirming for news organizations her identity as one of two women who settled complaints against Cain, so the AP no longer is protecting Kraushaar's identity.

In a press conference Tuesday, Cain continued to deny all of the allegations against him, and said he'd be "willing to do a lie detector test" if necessary to prove his innocence.

Cain said allegations of sexual harassment by Kraushaar -- whom he identified by name for the first time -- were determined to be "baseless," but he did not explain who made this determination and Kraushaar has disputed this. Cain said that after negotiations between Bennett and the restaurant association's outside counsel she received money under an employment agreement, which Cain said was different from a legal settlement.

"When she made her accusations, they were found to be baseless and she could not find anyone to corroborate her story," Cain said.

Cain said he remembered gesturing to Kraushaar and noting that she was the same height as Cain's wife, about chin-high to Cain. The Georgia businessman said Kraushaar did not react noticeably, but he said the restaurant association lawyer later told him that was the most serious claim that Kraushaar made against him, "the one she was most upset about."

"Other things that might have been in the accusations, I'm not aware of, I don't remember," Cain said.

Sharon Bialek, a Chicago woman who once worked for the restaurant association's education foundation, accused Cain in a nationally televised news conference this week of groping her and attempting to force himself on her inside a parked car after they had dinner in 1997. Another woman told the AP that Cain made unwanted sexual advances to her while she worked for the association, and a pollster said he witnessed Cain sexually harass another woman after an association dinner.

Kraushaar's complaint at the immigration service prompted managers to use caution when writing and speaking to Kraushaar while the complaint was being investigated, another former supervisor told the AP. Two supervisors said Kraushaar asked a colleague to act as a witness when she had conversations with one manager after she filed her complaint.

The complaint at the immigration service was "nobody's business," Kraushaar said, because it was irrelevant to her sexual harassment settlement with Cain years earlier. "What you're looking for here is evidence of an employee who is out to get people," she said. "That's completely untrue."

Kraushaar, who started her career in Washington as a reporter, was praised for her work in 2000 when she traveled to Miami to help agency officials during the coverage of the Elian Gonzalez case, when federal agents seized the boy from relatives to return him to his father in Cuba.