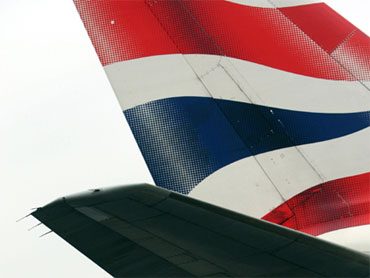 A three-day strike by British Airways cabin crew is set to start at midnight Friday after last-ditch talks between the airline's management and union leaders collapsed.

BA Chief Executive Willie Walsh said it was "deeply regrettable" that the union declined to accept a proposal on pay and working conditions from the airline, adding that offer would be withdrawn once the strike begins.

Unite joint general secretary said that BA "does not want to negotiate and ultimately wants to go to war with this union."

BA said it expects to operate around 65 percent of its scheduled flights over the next three days.

"Tens of thousands of BA people stand ready to serve our customers," Walsh said. "BA will be flying tomorrow."

Walsh added that he had "no concern whatsoever" about the threat of solidarity actions in other countries, after unions representing ground crew and plane service workers in the United States, Spain and Germany indicated they may be prepared to join a walkout.

"I believe this industrial action is completely unjustified," he said, adding that he remained available 24 hours a day for talks.

The prospect of travel chaos in Britain in the run-up to the Easter break also intensified with news that railway signal workers voted in favor of a strike, joining rail maintenance workers. The Rail Maritime and Transport union has not called dates for a walkout of both groups of workers but has refused to rule out the Easter long weekend.

The prospective industrial rest is an unwelcome turn of events for the ruling Labor Party on the eve of a national election.

"As the country struggles out of the recession, the last thing we need is the unions holding the country to ransom," said Theresa Villiers, the opposition Conservative Party's transport spokeswoman.

BA argues that the disputed changes - including a pay freeze in 2010, a switch to part-time work for 3,000 staff and a reduction in cabin crew sizes from 15 to 14 on long-haul flights from Heathrow airport - are critical for its survival. Unite argues it was not properly consulted on the changes.

Analysts estimate that BA has already lost more than £25 million because of canceled tickets and the cost of contingency plans, which include leasing fully crewed planes from other airlines.

The airline placed an advertisement in British newspapers on Friday reassuring customers it would do its best to minimize disruption.

Unite has a second, four-day walkout planned to begin on March 27 and has said more strikes will be scheduled for after April 14 if the dispute is not resolved. It has made a pledge not to walk out over the busy Easter period.

BA's contingency plans for the first walkout allow for the operation of enough flights for around 65 percent of its booked passengers across its network.

A total of 1,100 flights out of the 1,950 scheduled to operate during the first three strike dates will be canceled.