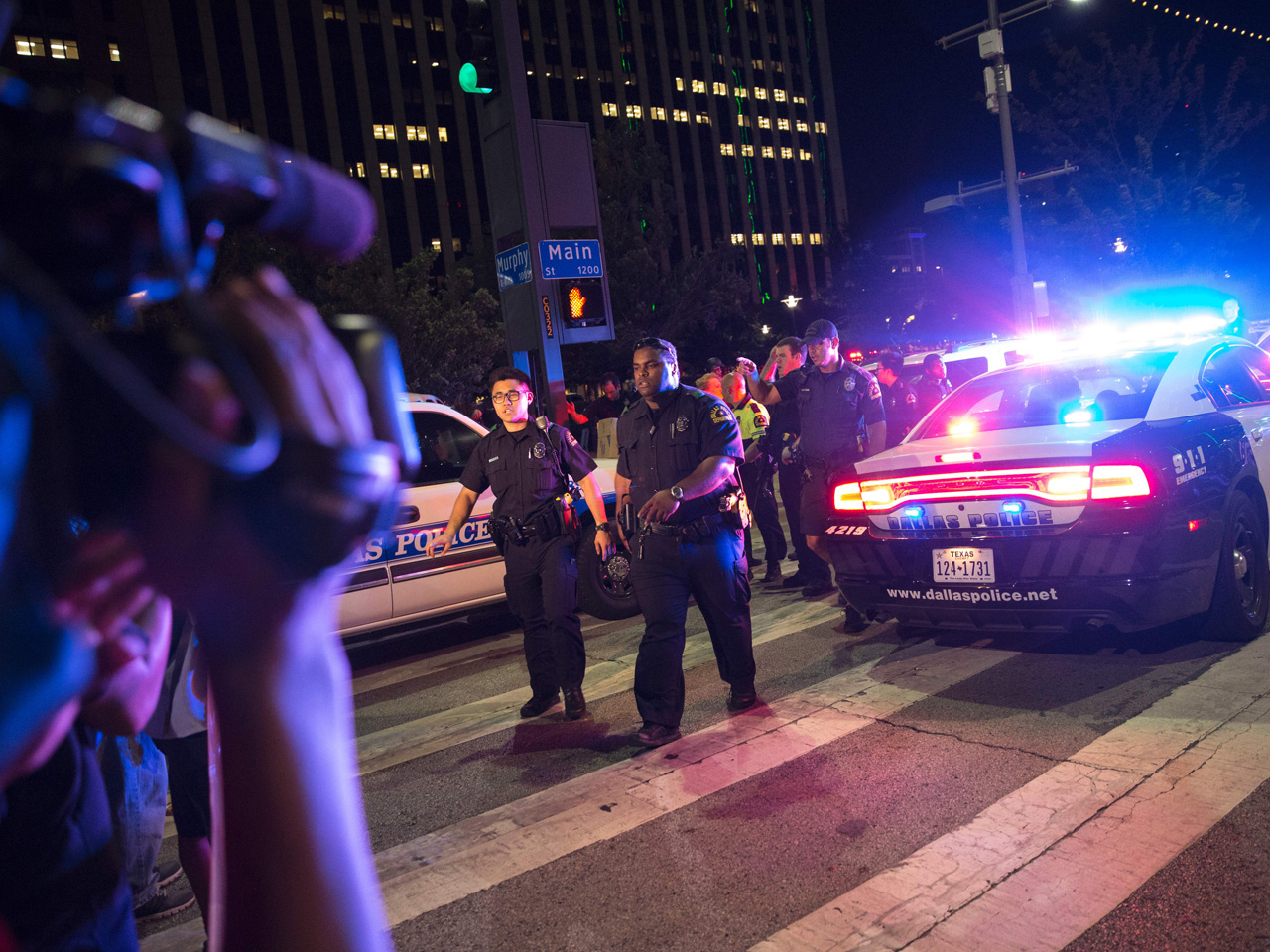 A week already marked by tragedy took another dark turn on Thursday when snipers opened fire on law enforcement during a protest march in Dallas, killing five police officers and injuring seven others. The shooting occurred as demonstrators were marching to protest the shooting of two black men this week by law enforcement. It's being called deadliest attack on law enforcement since 9/11.

The incident further inflamed a conversation about race and law enforcement that resurfaced in the wake of police shootings of Philando Castile in St. Paul, Minnesota and Alton Sterling in Baton Rouge Louisiana, both of which were captured on video. In both cases, their defenders argue, the men were posing no threat to police officers when they were shot and killed.

We'll cover the story from every angle this Sunday on Face the Nation. Below are a few facts and statistics to provide some context.

According to preliminary reports from the FBI, 41 law enforcement officers were maliciously killed in 2015. That's down almost 20 percent from 2014 when 51 officers were intentionally killed. But it's up from 2013, when only 27 were killed.

In 2014, two New York police officers, Wenjian Liu and Rafael Ramos, were killed by a gunman who was apparently motivated by recent police killings of unarmed black men. Their deaths prompted legislation in Congress, signed by President Obama in May 2015, establishing a national "Blue Alert" system to track and provide advance warning of threats against law enforcement officials.

According to the National Law EnforcementOfficers Memorial fund, 1,439 officers have been killed in the line of duty over the last 10 years. The FBI also reports that 48,315 officers were assaulted while on duty in 2014.

Since the 1970s, the number of officers killed on duty has been roughly cut in half, according to NPR. The decrease is widely attributed, in part, to improvements in safety technology, such as the use of bullet proof vests.

According to the Washington Post, 509 people have been shot and killed by police in 2016. That number is on track to match the number of deaths from 2015, which reached 990 by year's end. In 283 of this year's shootings the victim had a gun on them and in 93 instances the victim was unarmed. 123 of this year's victims are black.

Most officers involved in these incidents are deemed not guilty or don't face charges at all. Last year, no officers were convicted of manslaughter for the killing of civilians while on duty. Philip Stinson, an associate professor of criminology at Ohio's Bowling Green State University, says that only 13 officers have been convicted of manslaughter for on-duty killings since 2005 (that number does not include cases where civilians died while in police custody or cases where officers were convicted of a lesser charge). Stinson explained in a 2015 essay that from 2005 to 2014 only 47 officers were charged for murder in cases relating to civilian death. There is some emerging evidence to suggest the percent of officers who face charges is increasing, though: In 2015, according to Stinson, 12 officers were charged with murder or manslaughter of civilians while on duty.

Police departments and local governments have been taking steps in recent years to hold police accountable. One proposal recommended by many, including President Obama's "Task Force on 21st Century Policing," includes the use of body cameras to record incidents that occur while an officer is on duty. In 2015 Congress allocated $22.5 million toward the distribution of body cameras to police.

The number of police departments using police body cameras seems to be increasing: a survey conducted earlier this year by the Major Cities Chiefs Association and Major County Sheriffs' Association found that 95 percent of large police departments in the country are either committed to using body cameras or are already using them. Only 18 percent considered their cameras "fully operational" in 2015, but about half of the agencies surveyed had begun testing them in pilot programs.

Their utility may be limited, however: the recorded footage can be misleading, and the cameras can malfunction. Of the 509 people shot and killed by police thus far this year, only 65 deaths occurred at the hands of officers wearing body cameras - roughly one in eight, according to the Washington Post. In the case of Alton Sterling, the Baton Rouge police officers involved in the incident reported that their cameras had fallen off, compromising the footage.