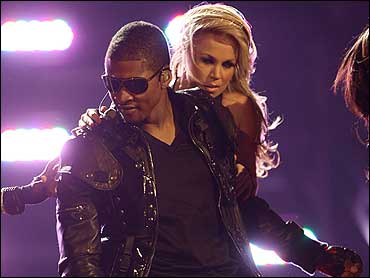 Usher's Mother Back As His Manager

Usher's mother is back as his manager following a much publicized split.

The 29-year-old superstar announced Thursday that he has ended his partnership with celebrity manager Benny Medina, whose clients include Mariah Carey, and has rehired his mother, Jonnetta Patton.

Patton had managed her son's career since he was a teen star. But the multiplatinum performer broke with his mother in 2007, saying he just wanted her to focus on being his mom.

While there were reports of friction between Patton and her son, Usher had said the relationship was great and had improved since their professional union ended.

"We highly value our relationship with Ms. Knowles. It is categorically untrue that L'Oreal Paris altered Ms. Knowles' features or skin tone in the campaign for Feria hair color," the Paris-based company said in a statement sent to the Associated Press Thursday.

The ad is in the September issues of Elle, Allure and Essence on stands now.

In the two-page L'Oreal ad, Beyonce's wind-swept hair is a reddish blond shade with highlights. A box of Feria in the ad features a white woman with a similar hair color.

The ad created a stir after it was pointed out Wednesday by celebrity gossip Web site TMZ, which is owned by Time Warner Inc.'s AOL unit.

TMZ's post showed side-by-side photos comparing the ad with a photo of Beyonce with noticeably darker skin and hair. It was the site's most commented on post Thursday afternoon.

Beyonce's lighter appearance in the L'Oreal ad may just be the result of creative touchups or lighting to balance her highlighted hair, said Cynthia Park, president of K&L Advertising, a multicultural advertising firm based in New York City.

Hollywood star Nicole Kidman and singer husband Keith Urban asked the paparazzi on Thursday to leave them and baby daughter Sunday Rose alone, saying she was a "tiny doll" who would be scared by the attention.

"She's tiny. She's like a doll, she's like a little, little thing. Just (don't photograph) right in her face or in our faces because it's scary for her," said Kidman.

Unlike other celebrities, no photographs of Sunday have been released and Urban said they had no intention of selling any.

Local media said paparazzi followed Kidman, Urban and Sunday to their home on Sydney Harbour, with the couple using several decoy cars to try to avoid photographers. A newspaper published grainy photos of the couple arriving on a private jet, with Sunday bundled up in a blanket.

As they pleaded for privacy, Kidman and Urban, like all parents, were happy to talk about their baby.

Kidman said she was now looking forward to introducing her little "doll" to the rest of her Australian family.

"We have brought her home to meet the grandparents. My dad hasn't met her. Keith's mum and dad are coming down," she said.

Morgan Freeman's lawyer says the actor and his wife of 24 years are getting a divorce.

The lawyer declined to provide details. There was no answer early Thursday at phone numbers for Luckett or for Freeman's publicist.

The 71-year-old actor is recovering in a Memphis hospital after a car crash in neighboring Mississippi on Sunday left him with a broken arm, broken elbow and shoulder damage. The hospital said Thursday that Freeman is in fair condition.

Lisa Kudrow may not be friends with her former manager Scott Howard, but the actress still has to pay him commissions, the agent claims in a lawsuit.

Howard says that Kudrow has failed to pay him commissions since she fired him in 2007. Howard does not put a price tag on what he's owed but is seeking damages of at least $50,000. The suit was filed Friday in Los Angeles Superior Court.

Howard became Kudrow's manager in 1991, before the actress hit TV gold with "Friends." Initially, they agreed he would receive 10% of Kudrow's earnings, the suit says. After the success of "Friends," they modified the deal, with Howard agreeing to forego commissions on her residuals.

During her 10th year on the sitcom, Howard and Kudrow agreed to lower his commission rate from 10% to 5%. Throughout her time on "Friends" and after, Kudrow paid Howard all commissions entitled to her in upfront or per-episode compensation for "Friends" as well as back-end commissions. All of which totaled $400,000, Howard says.

But since Kudrow fired him, Kudrow has allegedly refused to pay Howard commissions for "Friends" as well as other work the actress had done while he was her personal manager.

Kudrow is now producing the NBC reality series "Who Do You Think You Are?"

Aerosmith lead singer Steven Tyler's life is so exciting that he's writing his second memoir in five years, according to media reports.

Ecco, an imprint of HarperCollins, has won an auction and will pay $2 million to publish the book from Tyler, 60, Crain's New York Business reported on its Web site on Tuesday.

The San Antonio Express-News reports that Charlie Robison filed for divorce in January. The couple were at the Bexar County Courthouse on Wednesday when the divorce was finalized.

The divorce filing states their marriage had "become insupportable because of discord or conflict of personalities."

The couple, married in 1999, have three children.

Blackwell, 85, has been in the hospital and unconscious since Tuesday, his partner, Robert Spencer, said from his home in Los Angeles.

Spencer wouldn't say what hospital was treating Blackwell or explain the nature of Blackwell's illness.

Blackwell, whose first name is Richard, has for decades issued an annual worst-dressed list that is famous for its tongue-in-cheek cruelty.