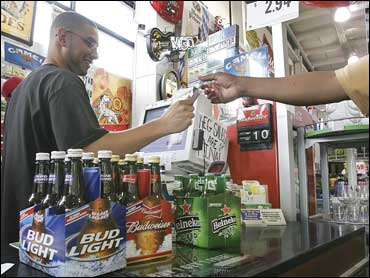 Tennessee is set to become the first state in the nation to require carding of anyone, without exception, who buys beer for off-premises consumption.

The Tennessee Responsible Vendor Act, designed to curb underage drinking, takes effect July 1. It will expire after one year to give lawmakers and vendors a chance to review its effectiveness. The legislation does not apply to the sale of wine and liquor purchases or to beer sales at restaurants and bars.

Jarron Springer, president of the Tennessee Grocers and Convenience Store Association, has embraced the new law, saying it will make Tennessee a national leader on the issue of underage drinking. Although older customers who are obviously of legal age to buy beer could be put out by the requirement, Springer hopes they will cooperate with clerks.

Many stores have already begun carding everyone who buys beer.

John Kelly, chief operating officer for Roadrunner Markets, implemented the policy last year. Carding everyone makes it less likely that a clerk mistakenly sells beer to someone who is underage, he said, and regular customers quickly got used to having to show an ID. Most now arrive at the counter with their identification in hand.

"The universal carding law means that all retailers are on the same page," said Kelly. "There will be consistent training of clerks. Customers can expect to have their ID checked at any store in Tennessee that sells beer."

Along with mandatory carding, the new law also establishes a voluntary Responsible Vendor Program in which retailers who have their clerks undergo a training course will face lesser penalties for underage sales than nonparticipating vendors.

Responsible Vendors face fines of up to $1,000 for each underage sale. They lose Responsible Vendor status if they commit two violations in a 12-month period. If there is a further violation, the vendor could have its license suspended or revoked or be fined up to $2,500. Non-certified vendors can face those penalties on a first offense.