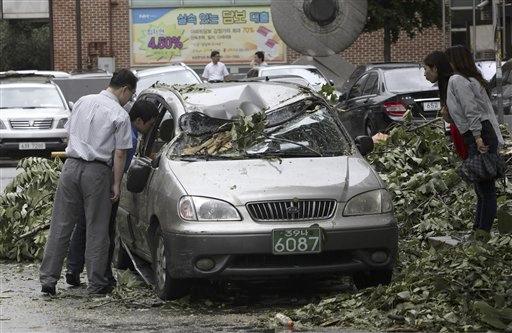 I got knocked out at around 10:15pm on Day Two of the tournament, just before the blinds were due to increase again. I finished about 780th out of 5,619 players, outlasting Phil Hellmuth, Daniel Negreanu, Phil Gordon, and a bunch of other top players and former world champions.

The top 560 players will be "in the money". I probably would have needed to survive one more two-hour round to get into the money. I could have tried to achieve that by just throwing away every hand and paying the blinds and antes. At one point when I had about $60,000 in chips, I figured out that I could probably fold my way into the money. I would have had almost no chips left at that point, but I would have won $12,500 and achieved my goal of finishing in the money in the main event in only the second time I have played in it.

Ultimately I decided that was ridiculous. I decided to play every hand as well as I could, and let the cards do whatever they do. If I make it into the money, great. If not, through no fault of my own, well that's why they call it gambling.

I played great for two days. Today I got almost nothing to work with for 11 hours. Never a single pocket pair of aces, kings or queens (I did get jacks once, and won a good pot with them). Not even an ace-king.

I made the most of the junk I was dealt. I started the day with $34,725 in chips. At one point I was down to about $20,000. Even without being dealt any good hands, I worked my chip count up to $65,000. But then the constantly increasing blinds and antes really started eating up my stack and I had to capture any and all opportunities to try to "steal" the blinds and antes. In the end, I tried to do that with king-queen and I ran into pocket aces.

Last year I saw a television interview with Chris "Jesus" Ferguson, a tournament professional who won the championship in 2000. They asked him how he felt after busting out of the main event. He said that the worst day of every poker player's year is the day they bust out of the main event. But the harsh reality is that all but one player will suffer that pain and disappointment, and whether you finish 2nd or 2nd to last, it feels awful.

Right now I feel horribly disappointed. I played my A-game for two full days. I truly believe that if I had just gotten my share of good hands I would have made it into the money. The occasional mistakes I made were small ones that did not affect the ultimate outcome.

Wait until next year. (I sound like the Red Sox. But they actually did it, finally.) For now, I have had a ball. The results have been disappointing, but it has been a thrill to compete against the best in the world and feel like I held my own. There is nothing I can do about the fact that I ran so poorly last week and went "card dead" for 11 hours at a critical point in the main event.

Tomorrow I will come home and life will return to normal until the next two major tournaments (at Foxwoods in November, and then in the Bahamas in January), when I will get back on the horse and try again. Ultimately, it's all one game from the first hand dealt until the last hand you play before you die. So it ain't over yet, not by a long shot.

Right now, I need to sleep.