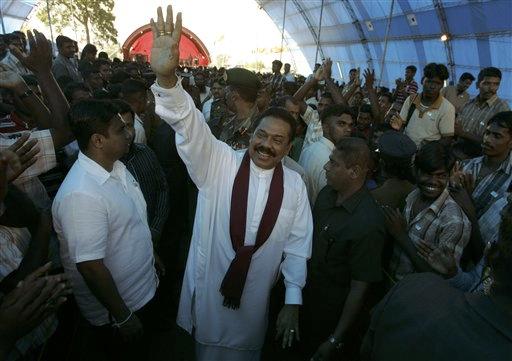 President Bush is expected to order tough economic sanctions against Syria, which the administration says has aggravated tensions in the Middle East by supporting militant groups.

The penalties, which could be announced next week, will go beyond the minimum requirements of a bill targeting Syria that was approved by Congress last year, according to congressional sources.

That would mark a reversal for an administration that initially opposed the legislation. The administration agreed to support the bill only after it was revised to give the president the power to waive all penalties.

Bush signed the Syria Accountability Act in December, one month after Congress overwhelmingly approved it. It bars U.S. exports to Syria of dual-use items that could have military applications. It also requires Bush to choose at least two of six possible economic or diplomatic sanctions.

Congressional sources, speaking on condition of anonymity, said they have been told the administration plans to choose three sanctions. One would bar Syrian planes from flying over or landing in the United States. Another would prohibit new investments by U.S. oil companies in Syria. It was not clear whether other U.S. business operations in Syria would also be prohibited. Bilateral trade with Syria is about $300 million a year.

One source said the third penalty would be a ban on U.S. exports to Syria, other than food and medicine.

Syria's ambassador, Imad Moustapha, said this week that his government has not been informed of sanctions and refuses to discuss the matter with U.S. officials. He said the bill will hurt U.S. efforts to improve its image in Arab nations. Moustapha also said that intelligence sharing has declined since Congress approved the sanctions because U.S. officials are now reluctant to deal with Syria.

Syria provided the United States with intelligence on al Qaeda after the Sept. 1, 2001, attacks. Though some U.S. officials have played down the importance of that, the cooperation probably discouraged the administration from imposing sanctions that would have reduced diplomatic contacts.

A co-sponsor of the bill, Rep. Ileana Ros-Lehtinen, R-Fla., said the administration doesn't want to cut off communications with the government of President Bashar Assad.

"We don't want to back them into a corner where there is no return," said Ros-Lehtinen, chairwoman of the International Relations Middle East subcommittee. She said there is still hope that Assad will "read the writing on the wall and do the right thing and truly cooperate."

The bill's author, Rep. Eliot Engel, D-N.Y., said, "Economic sanctions are actually the tougher sanctions." If that's what the administration has chosen, he said, "I'm delighted with it."

"What's most important is that the administration is sending a strong signal to Syria that business as usual is over and I think that's even more important than the sanctions itself," Engel said.

Syria has been on the State Department's list of terror-sponsoring nations for its support of groups like Hamas and Hezbollah that attack Israel. U.S. officials have also said that
Syria hasn't done enough to prevent anti-American fighters and arms from crossing its border with Iraq. They have also criticized its domination of Lebanon, where it has based thousands of soldiers.

Despite its criticism of Syria, the administration initially saw the bill as a restraint on its diplomatic options. Even after the waivers were included, Bush demonstrated his lack of enthusiasm by signing the bill without any fanfare.

The likelihood of a waiver diminished in recent months as administration officials stepped up criticism of Syria. A waiver could also be politically awkward at a time that Bush is highlighting his efforts against terrorism.

Top administration officials reached a general agreement on the substance of the sanctions this week, but final details have to be completed before Bush signs the order, administration and congressional sources said.

A State Department official, speaking on condition of anonymity, said exemptions would be made to the export restrictions to allow the sale of aircraft spare parts, so Syrian planes are not endangered, and to allow the sale of communications equipment, to help Syrians get access to outside information.