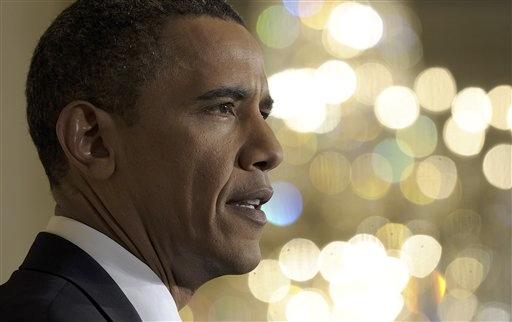 With the 2004 presidential race still a tossup, President Bush and challenger Democrat John Kerry charged into the final two days of the contest trying to turn to their advantage an October surprise appearance by America's most hated enemy.

"The terrorists who killed thousands of innocent people are still dangerous and they are determined," Mr. Bush told supporters at a campaign rally a day after a new videotape message from terrorist mastermind Osama bin Laden was broadcast.

On the stump just 25 miles from the president in eastern Wisconsin, Kerry responded to bin Laden's re-emergence with his months-old criticism of Mr. Bush's post-Sept. 11 tactics in Afghanistan, bin Laden's once and perhaps current home.

"As I have said for two years now, when Osama bin Laden and al-Qaeda were cornered in the mountains of Tora Bora, it was wrong to outsource the job of capturing them to Afghan warlords," Kerry said Saturday. "It was wrong to divert our forces from Afghanistan so we could rush to war with Iraq without a plan to win the peace."

The men were campaigning Sunday in tightly contested battleground states. Both had appearances scheduled in Florida and Ohio; Kerry was also speaking in New Hampshire.

A new poll showed the president moving ahead of Kerry in the popular vote, and Democrats said their private surveys hinted at momentum for Mr. Bush.

"We've got over a million volunteers in key battleground states helping the president get the vote out," he said. "I really see tremendous momentum for the president."

On the stump Saturday, the two candidates responded to the bin Laden tape in ways reflecting their long-held campaign strategies.

The president — who throughout the campaign has sought to deflect voter concerns about the war in Iraq, his handling of the economy and his job performance overall by fueling fears about terrorism — continued that theme.

At his first stop in GOP-leaning western Michigan, he reminded supporters of the 2001 attacks. "Americans go to the polls at a time of war and ongoing threats unlike any we have faced before," Mr. Bush said.

In response to the videotape, the Bush administration warned state and local officials that the tape may be intended to promote or signal an attack.

Kerry has tried to tap anti-war sentiment within the ranks of the Democratic Party while assuring swing voters that he would keep them safe. The decorated Vietnam War veteran pledged anew to "destroy, capture, kill Osama bin Laden and all of the terrorists."

But CBS News Correspondent Byron Pitts reports Democrats are privately very concerned that the bin Laden tape will dissuade people from voting for Kerry, since frightened voters tend to favor the incumbent.

"Well, I think both men are handling it the best way for them," Sen. Joe Biden, D-Del., told CBS News' Face the Nation, with Mr. Bush stressing his record in the war on terrorism and Kerry highlighting supposed failures in that record — particularly the failure to capture bin Laden.

The poll showing momentum for the president was a Newsweek survey that gave him a 50-44 percent lead. But most other polls showed a tie: Reuters/Zogby, Washington Post and American Research Group polls all had the men in a 48-48 tie. Still other surveys had Mr. Bush with a lead inside the margin of error.

And all the polls were estimates of "likely voters" — a tricky designation in a year where hundreds of thousands of first-time voters could cast ballots.

Even as the candidates make their final push, election officials in several states are already dealing with long lines if early voters and, in some areas, legal battles over alleged voting problems.