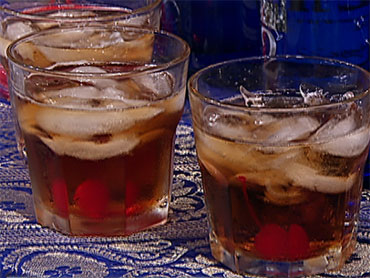 In rhetoric similar to critical U.S. campaign headlines, Osama bin Laden accused President Bush of going to war for Iraq's oil, and said the American people would be the losers.

Bin Laden, whose al Qaeda network carried out the Sept. 11, 2001 attacks, proved he's kept a close eye on U.S. politics as he detailed al Qaeda's strategy of bleeding America bankrupt, even as Americans weighed their presidential votes largely on the issues of terror and the economy.

He provided a financial analysis of al Qaeda's destruction in his latest 18-minute video, a full transcript of which was posted Monday on the Internet.

According to bin Laden's math, each $1 al Qaeda has spent on strikes has cost the United States $1 million in economic fallout and military spending, including emergency funding for Iraq and Afghanistan.

"As for the size of the economic deficit, it has reached record astronomical numbers," bin Laden said, estimating the deficit at more than $1 trillion.

In reality, spending in the war against terror and other factors have resulted in an expected $377 billion shortfall for 2003 — the highest deficit since World War II when inflation is factored out. The total U.S. national debt is near the $7.4 trillion statutory limit.

Bin Laden credited the holy warriors he fought with against the Soviets in Afghanistan two decades ago with having "bled Russia for 10 years, until it went bankrupt and was forced to withdraw in defeat."

"So we are continuing this policy in bleeding America to the point of bankruptcy," bin Laden said in the tape that appeared near the end of a U.S. campaign that has focused on the war on terror as well as the foundering U.S. economy.

Bin Laden claimed al Qaeda was winning its war with the United States, and that U.S. defense contractors linked to President Bush "like Halliburton and its kind" were also benefiting, while the losers were "the American people and their economy."

The al Qaeda leader accused Mr. Bush of ignoring advice from various quarters against invading Iraq, "but the darkness of the black gold blurred his vision and insight, and he gave priority to private interests over the public interests of America."

"From the very beginning of his terror campaign, bin Laden's fight was with the Saudi rulers of the Arabian Peninsula," Ajami wrote in The Wall Street Journal. "America was to pay for its protection of the House of Saud. The causes bin Laden picked up along the way — the cause of Iraq, the call of Palestine — were always incidental to him, weapons of convenience."

Bin Laden noted reports that al Qaeda spent $500,000 "on the event" — referring to Sept. 11 attacks — while the United States has lost more than $500 billion "in the incident and its aftermath," he added, citing an estimate by a British think tank.

Evan F. Kohlmann, a U.S.-based counterterrorism researcher, said it was as if bin Laden were following the news from America, perhaps on satellite TV, and drawing shrewd assumptions about what concerns Americans.

"He is trying to create doubts in America's mind that this war is worth the cost," Kohlmann said.

Al Qaeda has long made a point of hitting economic targets. The World Trade Center was likely targeted on Sept. 11 both because attacking it would kill thousands and because the twin towers were symbols of America's economic power. In a video that surfaced in December 2001, bin Laden said the Sept. 11 attackers struck the American economy "in the heart."

Bin Laden's top deputy, Ayman al-Zawahri, comes from an Egyptian militant group that had attacked tourism and other economic targets in hopes of bringing down Egypt's government. In an audiotape that surfaced in October 2002, al-Zawahri threatened new attacks on the U.S. economy.

At about the same time, a small boat crashed into a French oil tanker off the coast of Yemen and exploded. That attack was seen as a strike at international oil shipping. Saudi militants linked to al Qaeda have attacked foreigners working in that kingdom's oil industry.

Magnus Ranstorp, director of the Center for the Study of Terrorism and Political Violence at Scotland's St. Andrews University, said terrorists want more than a horrific body count. They choose economic targets because they want to shake the foundations of the societies they see as the enemy.

Bin Laden's latest statement was a selective reading of history. Internal problems and U.S. help, not just the Arab "holy warriors," contributed to the collapse of the Soviet experiment in Afghanistan. The U.S. economy was experiencing trouble before Sept. 11.

Such nuances matter little to angry Muslims who see bin Laden as a hero who stands up to the West, and who were as much his audience as the American voters he addressed directly.

"Bin Laden knows that his campaign of terror has played out in the full glare of publicity on the satellite channels — the Arab world's newest addiction," said Ajami. "In timing, al-Jazeera and al Qaeda were veritable twins: They both emerged in the mid-1990s. One fed, and needed, the other."