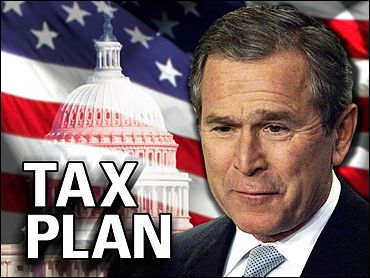 With no fanfare, President George W. Bush on Friday signed the most sweeping rewrite of U.S. corporate tax law in nearly two decades, showering $136 billion in new tax breaks on businesses, farmers and other groups.

Intended to end a bitter trade war with Europe, the election-year measure was described by supporters as critically necessary to aid beleaguered manufacturers who have suffered 2.7 million lost jobs over the past four years.

But opponents charged that the tax package had grown into a massive giveaway that will add to the complexity of the tax system and end up rewarding multinational companies that move jobs overseas.

There was no ceremony for the bill-signing. White House press secretary Scott McClellan announced the signing on Air Force One as Mr. Bush flew to a campaign appearance in Pennsylvania.

The original purpose for the legislation was to repeal a $5 billion annual tax break provided to American exporters that was ruled illegal by the Geneva-based World Trade Organization. Repeal of the tax break was needed to lift retaliatory tariffs that are now being imposed on more than 1,600 American manufactured products and farm goods exported to Europe.

The bill replaces the $49.2 billion export tax break with $136 billion in new tax breaks over the next decade for a wide array of groups from farmers, fishermen and bow and arrow hunters to some of America's largest corporations.

The legislation also includes a $10.1 billion buyout of quotas held by tobacco farmers. However, a Senate provision that would have coupled this buyout with regulation of tobacco by the Food and Drug Administration was dropped by the conference committee that ironed out differences between the Senate and the House of Representatives.