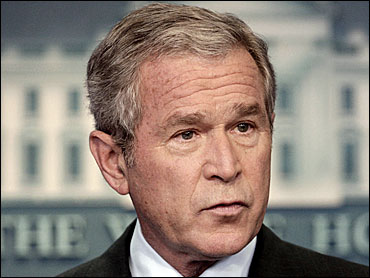 Mr. Bush's decision to commute the sentences of Ignacio Ramos and Jose Compean, who tried to cover up the shooting, was welcomed by both Republican and Democratic members of Congress. The move was supported by both Texas senators and all but two of 32 House members, who signed a letter to Mr. Bush urging the commutation, reported the Dallas Morning News.

Lawmakers from elsewhere in the country also supported the move, including President-elect Barack Obama's chief of staff Rahm Emanuel, who represented Illinois in the House before accepting a role in the incoming administration.

They had long argued that the agents were merely doing their jobs, defending the American border against criminals. They also maintained that the more than 10-year prison sentences the pair was given were too harsh.

Rancor over their convictions, sentencing and firings has simmered ever since the shooting occurred in 2005.

Ramos and Compean became a rallying point among conservatives and on talk shows where their supporters called them heroes.

Mr. Bush didn't pardon the men for their crimes, but decided instead to commute their prison sentences because he believed they were excessive and that they had already suffered the loss of their jobs, freedom and reputations, a senior administration official said.

The action by the president, who believes the border agents received fair trials and that the verdicts were just, does not diminish the seriousness of their crimes, the official said.

Compean and Ramos, who have served about two years of their sentences, are expected to be released from prison within the next two months.

They were convicted of shooting admitted drug smuggler Osvaldo Aldrete Davila in the buttocks as he fled across the Rio Grande, away from an abandoned van load of marijuana. The border agents argued during their trials that they believed the smuggler was armed and that they shot him in self defense. The prosecutor in the case said there was no evidence linking the smuggler to the van of marijuana. The prosecutor also said the border agents didn't report the shooting and tampered with evidence by picking up several spent shell casings.

With the new acts of clemency, Mr. Bush has granted a total of 189 pardons and 11 commutations.