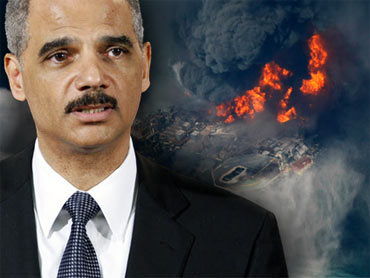 President Bush added another stroke of Republican red to the electoral map by winning Iowa on Friday, underscoring the GOP's gains as well as the political problems that loom for Democrats in a shifting Midwest.

As county officials tabulated absentee and provisional ballots, totals showed Mr. Bush with 745,980 votes to Sen. John Kerry's 732,764. The number still to be counted was far too small to change the outcome of the election.

Not that Iowa's seven electoral votes mattered to Mr. Bush's overall victory — winning Ohio on Wednesday gave him the 270 electoral votes necessary for a second term. With all 50 states decided, Mr. Bush finished with 286 electoral votes and Kerry 252.

Mr. Bush was spending the day Friday at the presidential retreat at Camp David, Maryland, pondering his second-term agenda and taking congratulatory calls.

On Thursday, the president discussed his priorities for the next four years at a White House news conference, saying, "I earned capital in the campaign, political capital, and now I intend to spend it."

Mr. Bush pledged to aggressively pursue major changes in Social Security, the tax code and medical malpractice awards, working with Democrats if they are receptive and leaving them behind if they're not.

"I'll reach out to everyone who shares our goals," said Mr. Bush, who 24 hours earlier had promised to try to win over those who voted for his Democratic opponent Sen. John Kerry.

Buoyant and relaxed, Mr. Bush cracked jokes with reporters said he had not yet decided on any changes in his Cabinet.

As U.S. forces in Iraq mobilize for an all-out offensive in Fallujah and other Sunni militant strongholds, the president refused to say how much the war would cost or whether he planned to increase or cut troop strengths.

"I have yet to hear from our commanders on the ground that they need more troops," he said. He is expected to ask Congress early next year for up to $75 billion for Iraq, Afghanistan and operations against terrorism.

The president was unapologetic about the unpopularity of his decisions in many world capitals, such as his commitment to spread democracy in the Middle East. "Listen, I've made some very hard decisions: decisions to protect ourselves, decisions to spread peace and freedom." The war on terror would remain a priority, he said.

Mr. Bush said that at home, he had set an unmistakable direction for the country and he emphasized anew he does not foresee the need for any tax increase despite big budget deficits.

Coming from a campaign that offered clear policy choices, Mr. Bush said: "When you win, there is a feeling that the people have spoken and embraced your point of view, and that's what I intend to tell the Congress." He urged lawmakers to show discipline on spending bills and to enact an intelligence reform bill when they return to town later this month.

On Capitol Hill, Democrats were stunned by some unexpected losses in the Senate and the defeat of their leader, Tom Daschle, an 18-year veteran. Republicans also gained seats in the House.

"What the president is doing in fiscal policy is weakening the country, making us more vulnerable. It's so strange," said Sen. Kent Conrad of North Dakota, top Democrat on the Senate Budget Committee. "There's no free lunch, and at the end of the day our country will have a tremendous price to pay for this profligacy."

"All he talked about today were things that will increase the deficit," said Democratic Sen. Byron Dorgan, commenting after the Bush news conference. "He's going to have to at some point confront reality."

Said Mr. Bush: "I readily concede I've laid out some very difficult issues for people to deal with. And I would hope to be able to work with Democrats to get this done."