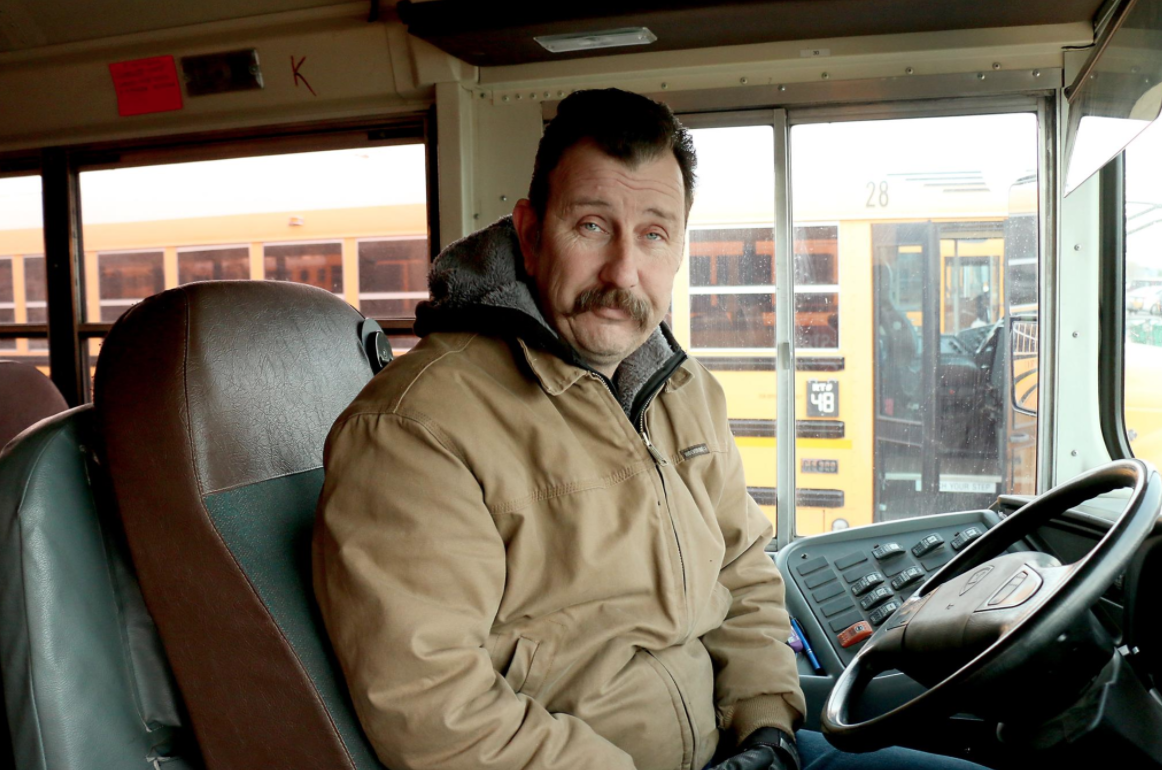 Bus driver John Lunceford was making his usual morning rounds on Thursday when he spotted a young boy shivering at the bus stop ahead.

As he opened the door, he could see tears in the boy’s eyes. He looked down at his red hands and ears. It was freezing outside.

So, Luceford did what any caring adult would do: he gave him gloves.

“I put my gloves on him and told him it’ll be okay, it’ll be okay,” says Lunceford, according to a statement released by the Kennewick School District in Washington.

The man, a U.S. Army veteran in his third year driving buses for the district, couldn’t shake the image of the shivering student. So, after dropping his students off at school, he headed straight to the dollar store.

He bought 10 stocking hats and 10 sets of gloves — in both black and pink — and returned to the school, determined to find that little boy. School officials directed Lunceford to the library, where he boy was studying with his class.

Lunceford handed the boy a hat and a pair of gloves.

“I’m a grandfather, you know,” Lunceford says. “No one wants a kid to suffer like that.”

The bus driver promised the little boy wouldn’t be the only student in need that he’d help this winter.

“He told all the students in the school’s library that if they were on his route and didn’t have hats or gloves, he’d take care of them,” the school district said.

When the district posted the bus driver’s touching story on their Facebook page, thousands of people responded, and the post was shared by more than 2,700 people.

“Thank you for going the extra distance for these children,” one Facebook user wrote. “You’re an inspiration.”

Some may call Luceford a “hero,” but the bus driver says he’s just doing his job.