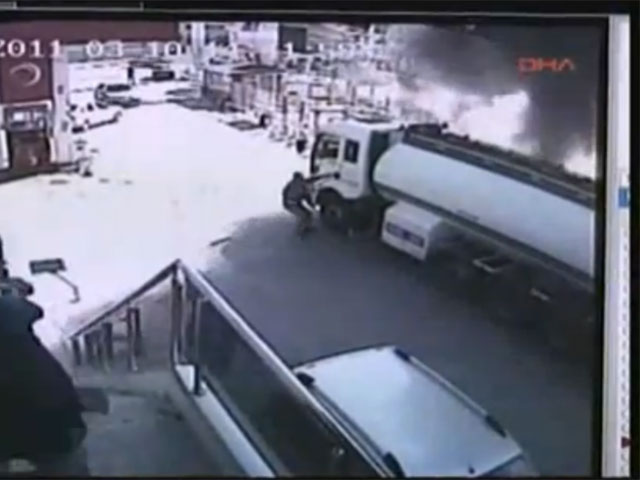 (CBS) Holy smokes! This gas station surveillance video from Turkey shows a tanker going up in flames. The driver of the tanker runs outside and drives the BURNING GAS-FILLED TANKER away from the gas station before the whole place goes up. Check out the trail of fire following the truck as he drives off. Amazing.

The video - uploaded last Friday - is believed to be from Izmir, Turkey. The driver, Engin Kocak, is reportedly being called a hero, and rightfully so. It's hard to imagine how many people Kocak saved, but in the video you can see people fleeing the scene. Huge win and a very happy ending.