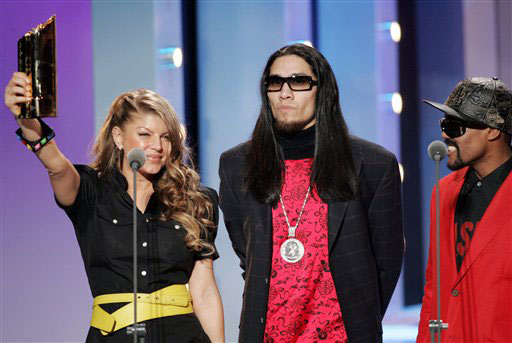 It had been so long since Ellis Burks had homered more than five weeks, in fact, that he almost forgot what to do when his shot sailed over the fence Monday night.

Burks hit a two-run homer as the Colorado Rockies scored three runs in the 12th and then held on for a 4-3 win over the San Francisco Giants, who lost their season-worst fifth straight game.

Burks' 12th homer of the season was his first since May 8. He had gone 109 at-bats without a homer, and nearly forgot all about a home-run trot.

Larry Walker led off the 12th with a double off John Johnstone (2-3). Dante Bichette followed with a single and Walker scored on a throwing error by right fielder Chris Jones, who entered the game three innings earlier.

Burks followed with his homer.

J.T. Snow hit a two-run homer for the Giants off Jerry Dipoto in the bottom of the 12th, his second homer of the game.

Curtis Leskanic (3-3) pitched one inning for the victory. Dipoto got the final three outs for his 14th save.

Barry Bonds missed the game for San Francisco with severe neck spasms. Bonds, who missed just his second game of the season, was listed as day-to-day.

The first nine innings featured a pitching duel between Shawn Estes of the Giants and John Thomson of the Rockies.

Estes allowed just one run and three hits in nine innings and tied his career high with 11 strikeouts. The Rockies struck out a franchise worst 17 times one day after setting the club record with 15 whiffs in a 12-inning win at Los Angeles.

Thomson gave up only one run and three hits including Snow's fourth homer of the season leading off the fifth in 8 2-3 innings.

Thomson retired 13 in a row before walking Darryl Hamilton with two outs in the ninth. He then allowed a single by Rey Sanchez, and was taken out of the game. Chuck McElroy came in to retire pinch-hitter Jones on a fly to center.

"He was exceptional," Rockies manager Don Baylor said of Thomson. "You can't pitch much better than that and come away with no decision."

Snow homered into the upper deck in right field to give the Giants a 1-0 lead in the fifth. Bichette broke out of a 7-for-54 slump on the road with an RBI single in the sixth to tie the game.

The Giants' losing streak is their longest since dropping six straight in September 1996.

"We just need to keep battling. Don't hang your head," said Giants manager Dusty Baker, who turned 49 Monday. "We need to find a way to start winning again. When you're in a losing streak, it seems like forever."

Notes: The Giants are 1-5 in games on Baker's birthday sinche became manager in 1993. ... Thomson has gone 3-1 with a 3.03 ERA in his last five starts. ... With Bonds on the bench, the Giants were missing the usual third and fourth hitters in their lineup. Cleanup hitter Jeff Kent is on the disabled list with a sprained right knee. ... It was the third time Estes has struck out 11 in a game. The last time was on July 4, 1997, also against Colorado. ... Robb Nen pitched the 10th and 11th innings for the Giants, striking out four while retiring all six batters he faced. He threw 18 pitches, 15 of which were strikes. ... The Giants are 0-5 since Kent went on the DL last Wednesday. ... Colorado won its third straight, tying its season high. ... The Rockies are 19-20 on the road this season, but just 11-20 at home.