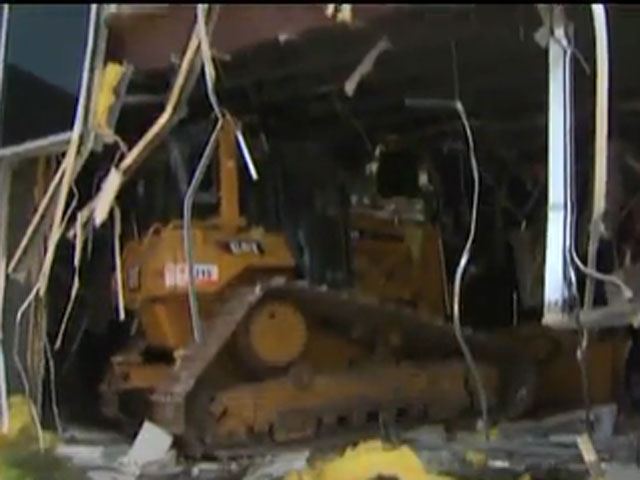 (CBS/KHOU/AP) - A disgruntled worker at a Houston auction house drove a bulldozer into the business, causing $1.5 million in damage, police said.

Officials with Ritchie Bros. Auctioneers aren't sure why 52-year-old Lynn Benson was upset, but the lot inspector who regularly operates the bulldozer was jailed on a charge of felony criminal mischief.

Nobody was hurt Monday night after the auction business closed for the day and Benson allegedly went on his destructive spree. The building was heavily damaged, including a broken water main and destroyed office equipment.

CBS affiliate KHOU reported that Benson audited everything sold at the business and had a very long work shift the day before.

"We're an auction company, we sell service. All we have is service. We pride ourselves on having great people and we need to help this person and his family," Wilson told KHOU.

Ritchie Bros. is the world's largest auctioneer of heavy equipment and trucks, according to KHOU.