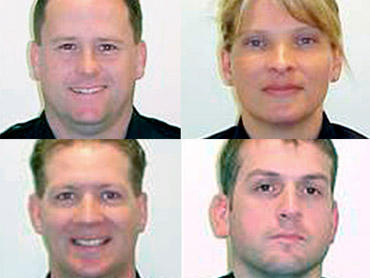 Weeks into the project, the contractor hired to build an abortion clinic hit a brick wall: Plumbers and carpenters would not work for him. Drywall installers and heating subcontractors would not do business with him. Cement suppliers for miles around would not touch the job.

He had been hit with a boycott organized by abortion foe and construction-industry executive Chris Danze.

The builder finally quit the job this month, stopping the clinic project in its tracks, in what national Planned Parenthood officials said was the first such boycott they have ever seen.

Danze, a 48-year-old who has protested outside clinics, compares the building of an abortion clinic to construction of a concentration camp during the Holocaust.

The decision by Browning Construction Co., one of the state's largest contractors, to pull out of the project stunned Planned Parenthood, which denounced the boycott and said it will press on with construction to discourage similar tactics elsewhere.

Danze, an owner of Maldonado & Danze Inc., a concrete-foundation contractor, oversaw a telephone and letter-writing campaign urging more than 750 Austin- and San Antonio-area businesses not to provide supplies or services for the project. He recruited contractors to join what he called the Texas Contractors and Suppliers for Life Association.

Soon, contractors were flooded with phone calls from the public warning them to stay away from the clinic project or face losing business.

Texas Right to Life, which claims 75,000 members, called contractors to thank them for not working on the project and to offer to share the companies' names with the anti-abortion group's members, spokeswoman Elizabeth Graham said.

Churches got involved, too. "When churches started asking me for lists of people who were working on the project, that's when we turned the corner," Danze said.

Danze said hundreds of subcontractors agreed to boycott the project, though not all of them said whether they were anti-abortion. Some simply did not want to get involved in a controversial project, he said.

Planned Parenthood said the boycott was waged through "intimidation and harassment."

Tierney said one subcontractor, whom she would not identify, received more than 1,200 calls from around the country - many to his home - warning him not to participate. "This is not a simple demonstration of free speech rights," she said.

James Browning, who runs San Antonio-based Browning Construction, said he got a polite call from Danze warning him about the boycott. Groundbreaking on the clinic was held in September, and over the next six weeks, the project ground to a halt.

"I never thought so many different trades would join in," Browning said.

By the time Browning pulled out, clearing and excavation and some of the underground plumbing had been done, but the foundation had not been put in.

Planned Parenthood expects resistance whenever it builds an abortion clinic, but most of the hurdles come during the permit-issuing process.

The organization said it would act as its own general contractor and complete the project. Tierney said it is too soon to say whether the setback will increase costs or delay the clinic's opening.

Tierney said Planned Parenthood has received calls from other contractors who want to help. She would not name them.

Danze said he will track down any new contractors on the project and have scouts check the construction site three or four times a day.

"This is going to be a battle," Danze said. "God does not want this thing built."