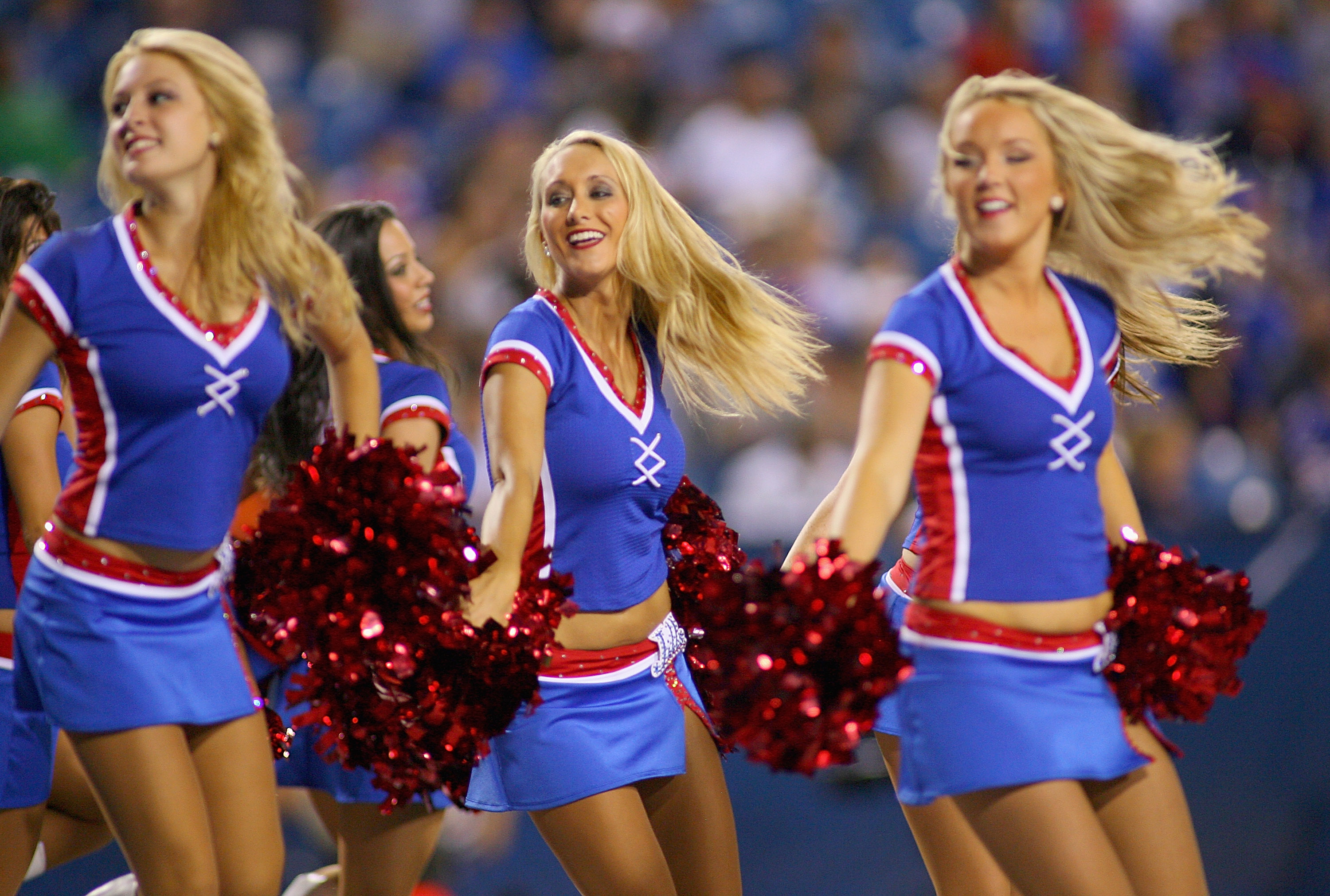 BUFFALO, N.Y. -- Pack up the pom-poms in Buffalo, because the Bills will be playing without the support of their official cheerleaders this year.

Stephanie Mateczun, whose company manages the Buffalo Jills cheerleading squad, said Thursday she has suspended operations through at least the end of the season. The decision was made two days after five former Jills filed a lawsuit complaining they worked hundreds of hours for free, and were subjected to groping and sexual comments.

The civil action was filed in state Supreme Court and seeks unspecified back pay and legal fees. It names Mateczun's company, Stejon Productions Corp., the Bills, and the Jills' former manager, Citadel Communications Co., as defendants. Stejon took over managing the cheerleaders in 2011.

Mateczun is in the process of hiring legal representation, and declined further comment.

The Bills have been made aware of the Jills' decision to suspend operations, but otherwise declined comment.

Lawyer Frank Dolce, who represents the five cheerleaders, said the decision to suspend operations won't affect his case because it addresses past complaints.

Dolce, however, did question Mateczun's motives, saying her decision to suspend the squad was unnecessary.

"If they cease operations, they will blame the lawsuit for the destruction of the Jills, when that was not intended at all," Dolce said, noting there is not much money at stake in the lawsuit.

"We love the Bills. We love the Jills," he said. "We do not love the travesty of its management that has occurred over the last few years."

According to the Buffalo Jills Alumni website, the squad was formed in 1967, eight years after the Bills were established as founding members of the American Football League. In 1986, the Bills relinquished managing the cheerleaders to private companies.

Cheerleaders have launched similar suits against the Oakland Raiders and Cincinnati Bengals.

The case against the Bills claims the Jills are wrongly classified as independent contractors and subjected to policies that violate the state's $8 per hour minimum wage law and other workplace rules.

The Jills aren't paid for games or practices and have to make 20-35 appearances, most of which are unpaid, at community and charity events each season, the lawsuit said. On top of that, they have to pay $650 for their uniforms and are not reimbursed for travel or other expenses, the cheerleaders said.

All five cheerleaders said they had to take a "jiggle test" so that Mateczun, Stejon's president, could assess their physiques. And Mateczun, they said, controlled everything from their hair and nail polish color to what they could post on Facebook.

"Everything from standing in front of us with a clipboard having us do a jiggle test to see what parts of our body were jiggling," cheerleader Alyssa U. said, "and if that was something that she saw, you were getting benched."

"The team told us how to walk, talk, dress, speak and behave at work and on our own time," Maria P. said. according to CBS affiliate WIVB.


The time and expense, as well as rules governing their personal lives, far exceeded what they signed on for, the women said.

Dolce and his clients hope their legal action leads to policy changes within the Bills' organization that ensure future cheerleaders are paid and treated better.

"A decision to disband the Jills as an entity is a tremendous mistake for community spirit," Dolce said. "We do not feel bad that Stejon Productions has ceased operations. We think that's a good thing. We just hope the Bills don't trivialize the Jills because of the poor management of them."