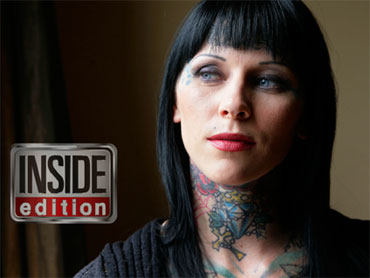 
Despite Pat Buchanan's stand against the war in Iraq and the ballooning deficit, the conservative icon and onetime presidential candidate officially endorsed President Bush on Monday. For Buchanan, some conservative is better than no conservative, he said in an interview.

"While I disagree with the president on trade policy, Iraq, immigration policy and big government, I agree with him on taxes and judges and values and sovereignty," Buchanan explains. "I disagree with Kerry on everything."

Buchanan says if Democratic nominee Sen. John Kerry should win, then a "civil war" will immediately break-out for control of the Republican Party – neoconservatives verses conservatives.

For nearly two years, Buchanan has been the most vocal conservative critic of the Bush administration. He calls the war in Iraq a disaster. He laments President Bush for causing the "highest level of foreign indebtedness in U.S. history." He calls President Bush's policy to allow illegal immigrants to remain in the country under work permits tantamount to amnesty.

"If you live in a red state or a blue state, go vote your conscious," Buchanan says. "But if you live in a battleground state it is going to be between Kerry and Bush. In terms of what is better for the country, I think a Bush presidency would be better for the country than a Kerry presidency and certainly far-better in terms of judicial appointments, taxes, values and preservation of America's national sovereignty."

Buchanan's endorsement of Mr. Bush Monday in The American Conservative, a magazine he founded, marks conservatives' effort to rally for Republicans in the final 15 days of the presidential election.

Four million evangelical Christians didn't turn out in the 2000 presidential election. Buchanan believes they will in 2004, with the backing of leaders like him and more so, with gay marriage on voters' mind.

"I think the evangelical and Christian community is going to break heavily for Bush, especially when you see non-Hispanic Catholics are going for Bush; when that happens the Democrats lose," Buchanan claims. "I'm sure it is because of gay rights, abortion, and the perception," Buchanan pauses, chuckles, "that Hollywood represents our values."

Even if Mr. Bush has failed to rally the right, Buchanan says, Sen. John Kerry's "Massachusetts liberalism" will.

"In 2000 the president never emphasized social, moral and cultural issues to the degree he should have," Buchanan continues. "Now the president is counting on Kerry to get out the evangelical and conservative Catholic vote and I think that is a pretty good bet; [Kerry's] basically for civil unions, abortion on demand and no pro-life justices need apply."

The bane of two Bushes run for the presidency -- President George H.W. Bush in 1992 and this president in 2000 -- Buchanan's backing of Mr. Bush marks the most prominent rightist dissenter now endorsing the Republican candidate.

But the endorsement has not hedged Buchanan's criticism of President Bush. The maverick conservative claims Mr. Bush is beholden to neoconservatives.

"I think that neoconservatism is the Aryan heresy of the American Right," Buchanan says. "It has led to massive deficits, an unwise and unnecessary war in Iraq, open borders and an invasion of this country by millions of illegal aliens this year and a trade policy that has cost us one in six manufacturing jobs in the last three years."

Most prominently, Deputy Defense Secretary Paul D. Wolfowitz, Pentagon undersecretary for policy Douglas J. Feith, and Defense Policy Board member Richard Perle, are considered the architects of the war in Iraq. A war that, Buchanan says, was an outgrowth of their neoconservative agenda.

Buchanan asserts that the current instability in Iraq betrays the effectiveness of the neoconservative mindset. If Mr. Bush loses the presidential election in nearly two weeks, Buchanan says the "long overdue civil war" in the Republican Party will pit traditional conservatives against neoconservatives for the future of the Grand Old Party.

"If Kerry is elected it will be a repudiation of neo-conservatism, the decision to invade Iraq, and the trade policy of the president for sure, and probably the immigration policy depending on what happens in the southwest," Buchanan says.

Though even if Mr. Bush is reelected, Buchanan insists that within Congress there will remain infighting "between those who believe neo-conservatism is conservatism and those that believe it is counterfeit, it is bogus, that these people are cross-dressers."

Buchanan has never been afraid of Republican infighting. His 1992 Republican Convention speech declaring a culture war was so strongly worded, so blunt in his criticism of immigration, that it is thought to have alienated moderates from supporting the reelection bid of then-President George H. W. Bush.

But Buchanan is now lockstep with Mr. Bush. Following his announcement Monday, Buchanan insists in the last two weeks he will work to reelect Mr. Bush because Kerry is not a viable alternative for conservatives.