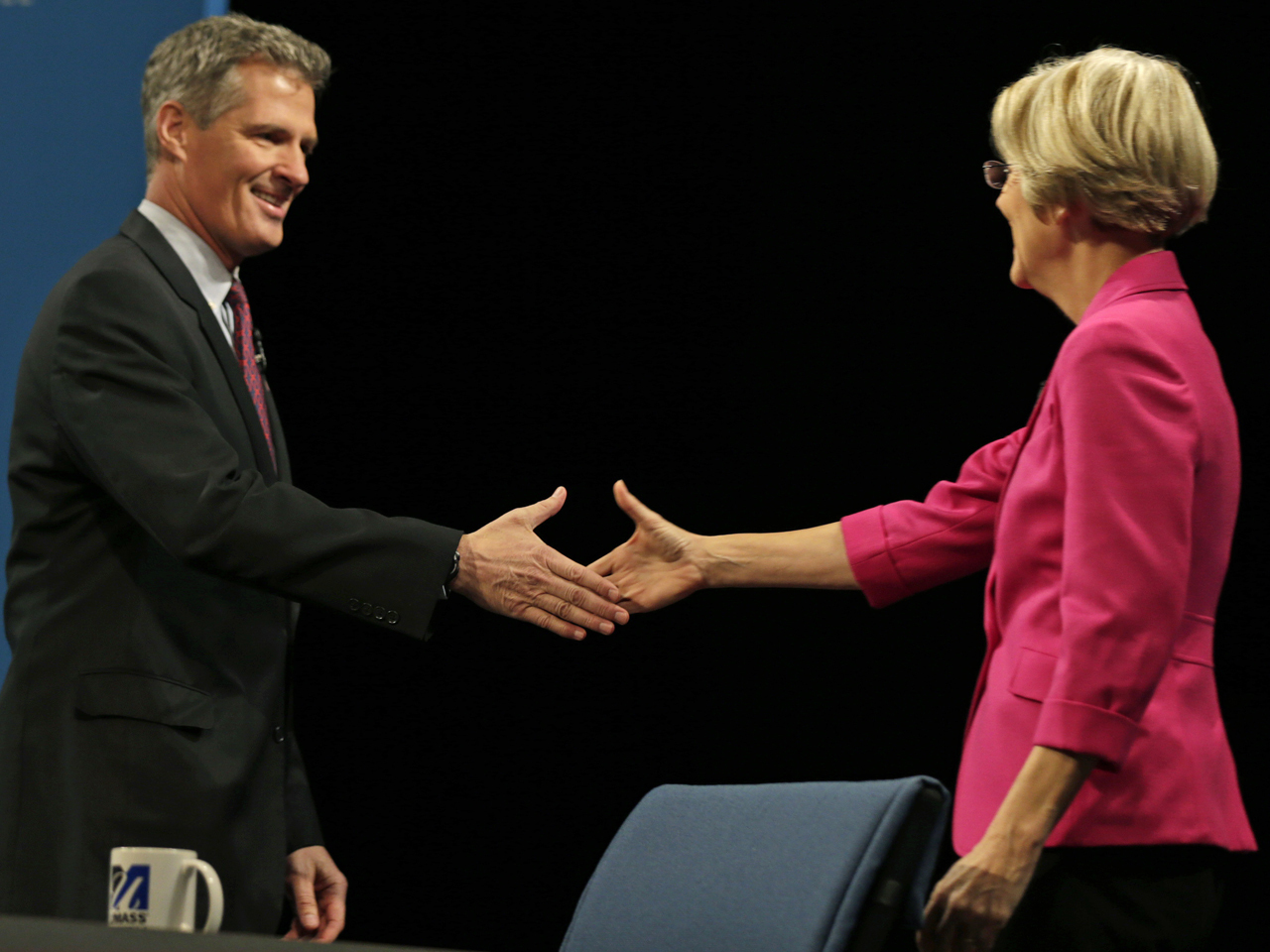 LOWELL, Mass. Republican U.S. Sen. Scott Brown and Democrat Elizabeth Warren jousted on everything from immigration reform and Afghanistan to jobs and the Supreme Court during their second televised debate.

Brown began Monday's match-up by demanding Warren release her personnel records at Harvard University, even as he conceded she is "a qualified academic."

The most fiery moment of the debate came when Warren ran through a list of jobs bills she said Brown had joined with other Republicans to oppose.

"First of all, she's obviously misstating the facts," Brown said, the Boston Globe reports. When Warren started talking over Brown, he shot back, "I'm not a student in your classroom, please let me respond." The moment elicited loud cheers and boos in the audience.

Warren pressed Brown for more information on the clients he represented as a private attorney and said if elected to the Senate, Brown would help fellow Republicans block President Barack Obama's agenda.

Asked about Afghanistan, Warren broke with Obama, saying U.S. troops should be pulled home ahead of his 2014 withdrawal date. Brown said he'd rely on the judgment of Obama and his generals.

The two also split on immigration, with Warren saying she supported the so-called DREAM Act, which Brown opposes.