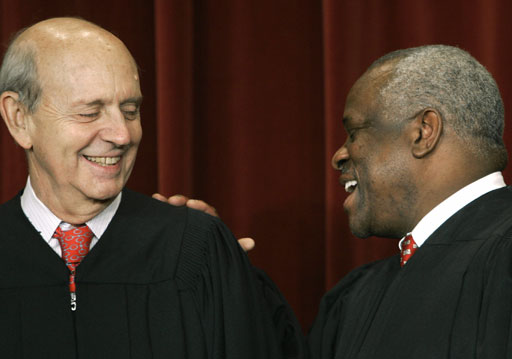 There were no late-game heroics by Brett Favre this week, although there was a miracle of sorts: The Denver Broncos are still alive.

Brian Griese threw two touchdown passes to Ed McCaffrey and ran for a third Sunday to lead Denver to a 31-10 romp over Green Bay, the Broncos' second straight win after an 0-4 start.

Olandis Gary, elevated to a starting role because of injuries to Terrell Davis and Derek Loville, carried 37 times for 124 yards and a score, and the Broncos' defense intercepted Favre three times and forced him into hurried throws.

Favre, who three times this season rallied his team to a comeback victory in the final two minutes despite a sore thumb on his throwing hand, was only 7-for-23 for 120 yards in, statistically, his worst performance as a pro.

"My thumb has been bothering me all year, but it is not an excuse. I don't want it to be."

Broncos linebacker Bill Romanowski said Favre "had a smile on his face after every bad throw, after every interception. He played like he was frustrated. He kept on smiling. I was like, `Keep smiling, we'll keep making plays."

Griese, earning the start because of Bubby Brister's strained oblique muscle, was 19-for-31 for 363 yards.

"Brian's performance is what we expect of him," Denver coach Mike Shanahan sid. "We had a total team effort around him, and that's what made the difference."

"We made some strides today, and we can build on that. Are we where we want to be? No, not with those early losses. But if we can play the way we did today, we have a good chance."

"This was embarrassing," Packers coach Ray Rhodes said. "I know we aren't as bad as we showed today. We have lived on the edge for the last several weeks, and now it is time for everybody to crank it up."

Asked about Favre's performance, Rhodes said, "That wasn't typical Brett Favre. His thumb is no worse than it has been."

After a lackadaisical first half ended in a 3-3 tie, the Broncos scored three touchdowns in the third quarter.

Barely two minutes into the period, safety Eric Brown intercepted a pass, bobbled it, then fumbled it twice more in returning it to the Green Bay 14. Three plays later, Griese hit McCaffrey on a 10-yard scoring pass.

With 8:30 left in the quarter, the Packers (3-2), who had only 41 total yards and one first down to that point, began a quick drive that produced their lone TD. Favre lofted a long pass which Corey Bradford ran under for a 54-yard gain. Favre then passed 16 yards to tight end Tyrone Davis to the 1, and Dorsey Levens scored.

But Denver countered 26 seconds later when Griese threw a 40-yard pass to McCaffrey, who stiff-armed safety Darren Sharper over the final 20 yards, finally shedding Sharper inside the 10 for a 78-yard scoring play with 6:21 left in the period.

Ray Crockett's interception moments later set up Gary's 1-yard scoring run for a 24-10 lead with 1:16 to go in the quarter.

Griese's short shovel pass to tight end Byron Chamberlain turned into an 88-yard gain when Chamberlain rumbled through a gaping hole to the 2. Griese then scored on a quarterback draw with 11:06 remaining.

The game matched the last two Super Bowl champions, but they didn't look like it early.

Denver had 218 yards of total offense in the first half but squandered three prime scoring chances, whilthe Packers capitalized on their lone opportunity when Ryan Longwell kicked a 50-yard field goal with 1:42 left in the half.

Jason Elam's 20-yard field goal with 3:26 left in the opening quarter gave Denver a 3-0 lead. The Broncos fashioned an 18-play, 77-yard drive that consumed 9:43, but they failed to score a touchdown on eight straight snaps inside the 5-yard line.