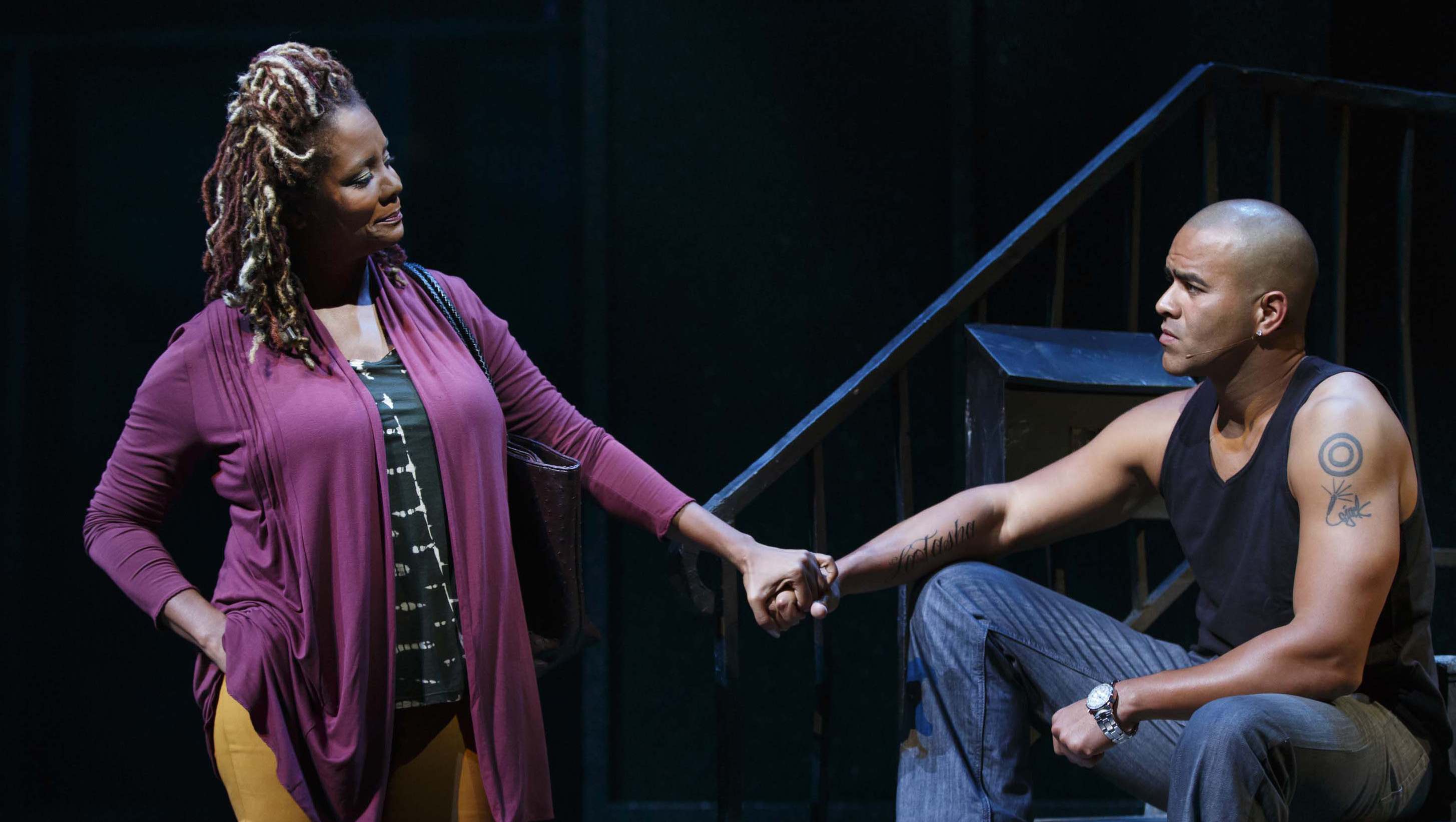 Tupac Shakur fans, keep ya head up: The Broadway musical "Holler If Ya Hear Me" that uses songs from one of hip-hop's greatest artists is closing after less than two months.

Producers said late Monday that the show will close Sunday at the Palace Theatre after playing just 17 previews and 38 regular performances. Producer Eric L. Gold in a statement cited "the financial burdens of Broadway" as the reason.

The show was in financial trouble from the moment it debuted in early June. Last week, it managed to pull in only $155,000 from a potential of $917,000 -- or less than 17 percent. Discounting had left the average ticket price at $38.44, easily Broadway's cheapest seat.

It stars slam poet and singer Saul Williams as a recently sprung inmate hoping to stay out of trouble, and Christopher Jackson as his buddy, whose need for familial revenge threatens more violence in their unnamed Midwestern city.

"It's a story told through the music of Tupac Shakur, but it is not an autobiographical story about his day-to-day life," Tony Award-winning director Kenny Leon told CBS News.

It features more than 20 Shakur songs, including "Holler If Ya Hear Me," "California Love," "I Get Around," "Thugz Mansion," "Keep Ya Head Up," "Dear Mama," "Me Against the World," "Unconditional Love" and "Hail Mary." The rapper's mother, Afeni Shakur, was a producer of the show.