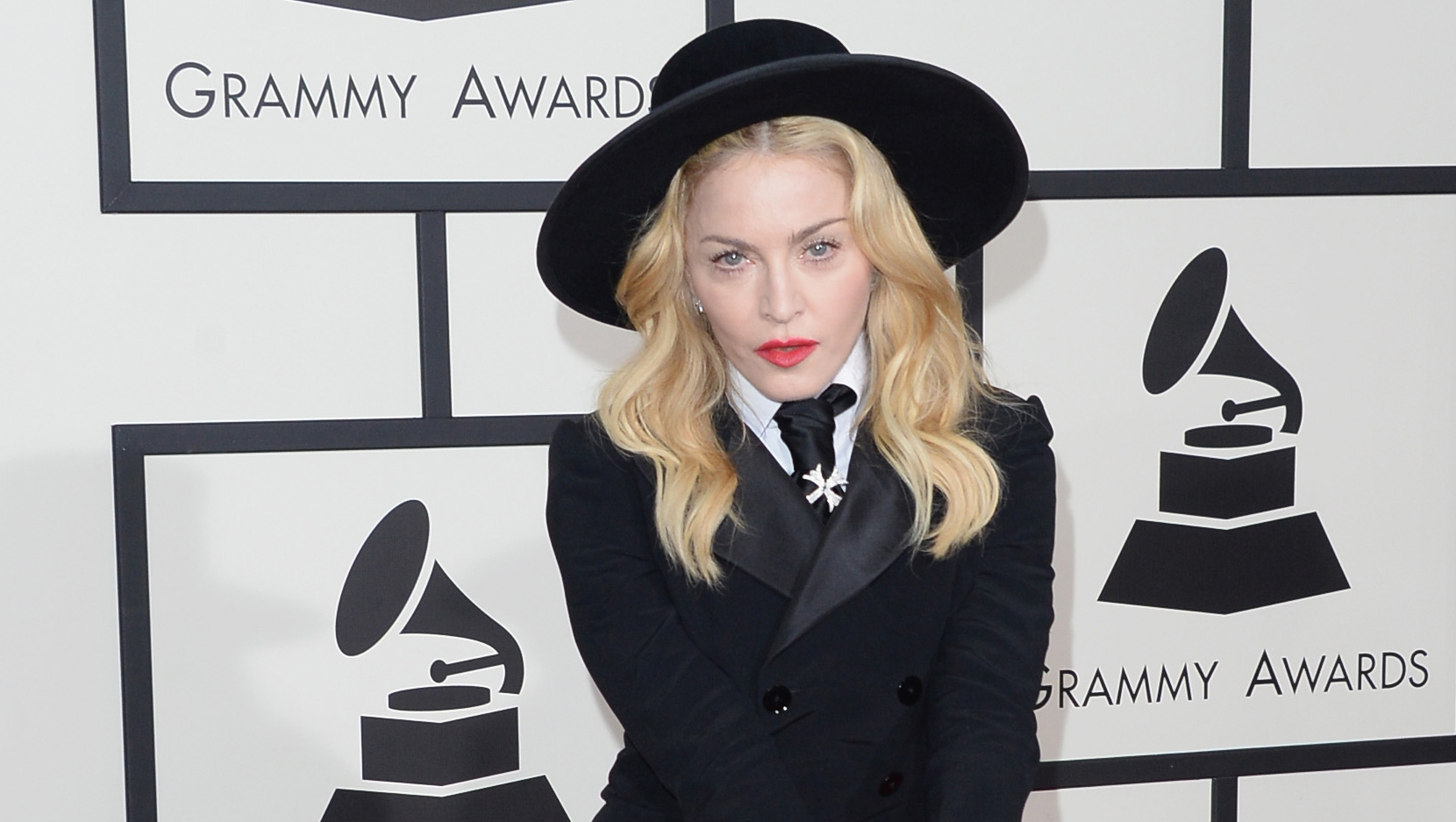 One of Tupac Shakur's old friends celebrated his birthday by seeing a new play inspired by his music.

Madonna attended a preview of "Holler If Ya Hear Me" in New York City on Monday, which would have been the rapper's 43rd birthday. Shakur died in 1996 at age 25.

The musical officially opens Thursday at the Palace Theatre. It uses Shakur's songs to tell an original story about two young men dealing with life and tragedy in a Midwestern industrial city. Recent Tony winner Kenny Leon is directing.

Actor Christopher Jackson sings Shakur's songs in the production. He said he remembers exactly where he was on Friday, Sept. 13, 1996, the day Shakur died from wounds suffered in a drive-by shooting in Las Vegas.

"I remember putting his CD in my CD player and walking through Central Park and weeping and being angry," Jackson recalled. "I didn't know that he held such a place in my heart. I mourned the fact that I wouldn't ever get to work with him."

"Holler If Ya Hear Me" uses some of the rap genius' well-known songs, including "California Love," "Dear Mama," "I Get Around" and "Keep Ya Head Up."