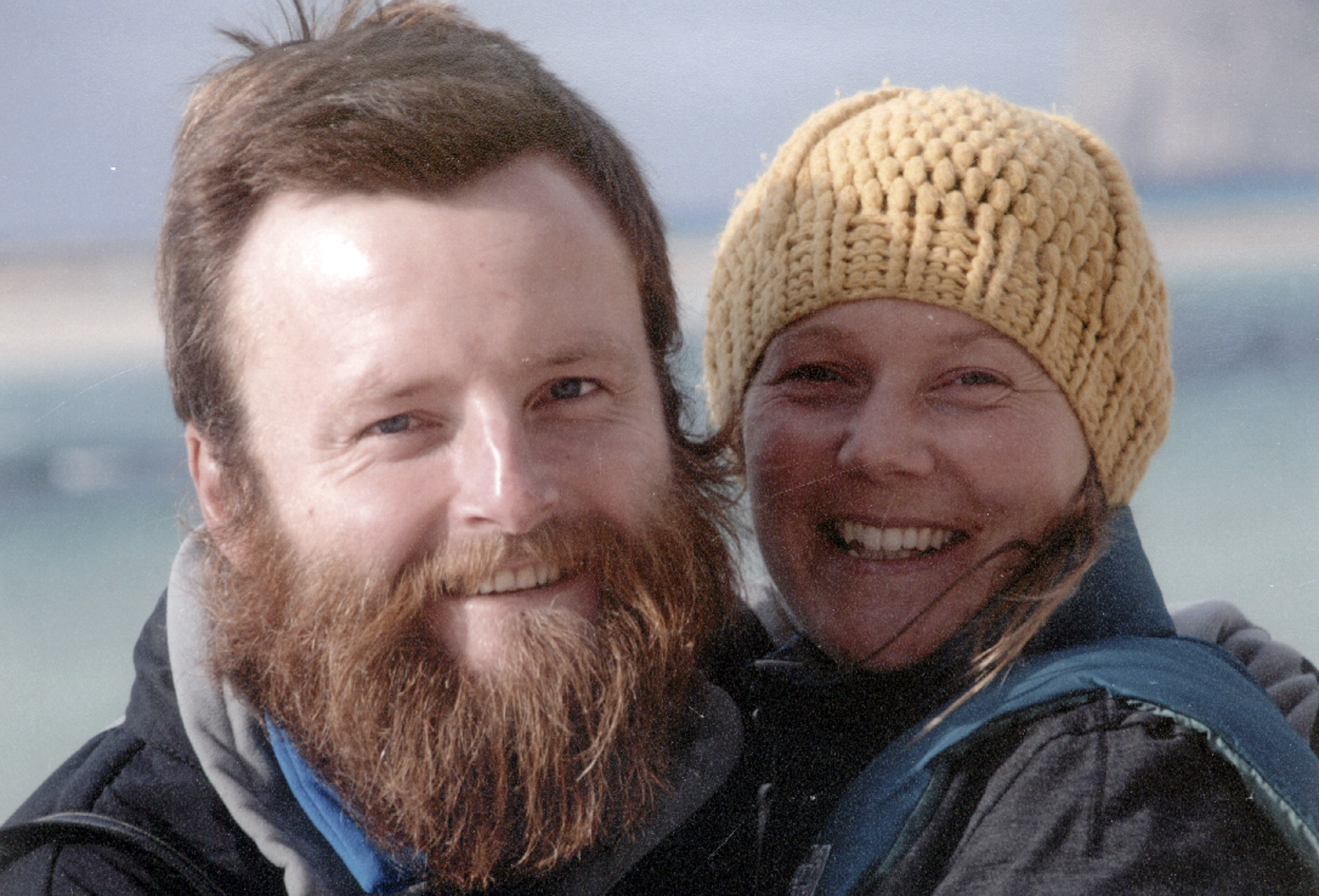 LONDON A British couple's round-the-world cycling odyssey ended in tragedy when both of them were killed in a road accident in Thailand.

Peter Root and Mary Thompson, who had been chronicling their journey in a blog, died Wednesday when they were hit by a pickup truck in a province east of Bangkok, Thai police said Monday.

The couple, both 34 and from Guernsey in the Channel Islands, left Britain in July 2011 and had cycled through Europe, the Middle East, Central Asia and China.

The trip was a once-in-a-lifetime experience for the couple, who met in art school and spent six years saving money and planning their journey, Peter's father Jerry Root told the Associated Press in an interview.

"They were both inspirational," Jerry Root said. "They didn't just talk about it, they did it. I couldn't be prouder of them."

He said they were both experienced cyclists who knew the rigors and risks of extended bicycle travel.

"They were camping wild, as they called it," he said. "What helps me is to think of how happy they were with each other. They were leading the life they wanted to. It was the happiest, the most fruitful of lives."

The couple had been posting photos and details of their trip on the website Two on Four Wheels. "At 17.00 on the 12th July 2011 we took a ferry from Guernsey to France with loads of stuff, two bikes and the intention to cycle east around the World," the website reads.

They also had many followers on Twitter and Facebook who were tracing their journey and vicariously enjoying their adventure, which included a trip through remote parts of Central Asia.

A video they posted from that part of the journey shows them camping in the desert, riding through hills, stopping to swim in rivers and lakes, and braving heavy snowstorms. They also cycle through tense situations as armed conflict breaks out during their journey through Tajikistan.

There is also footage showing Thompson suffering a gash to her knee after an apparent collision with a truck.

The couple look tanned, joyous and relaxed - if a bit windblown - in the footage. It is apparent life on the road agreed with them.

Thai Police Lt. Col. Supachai Luangsukcharoen said Monday that investigators found their bodies, their bicycles and their belongings scattered along a roadside, along with a pickup truck that crashed between some trees.

Supachai said the truck driver, 25-year-old Worapong Sangkhawat, was seriously injured in the crash. He told police his truck hit the cyclists as he was reaching down to pick up a cap from the vehicle's floor, Supachai said.

The driver has been released on bail and faces charges of causing death by dangerous driving, which carries a maximum penalty of 10 years in jail.

Thai officials apologized for the accident.

"We are sorry and would like to express our condolences to the couple's families. The ministry will provide any assistance they need in order to retrieve the bodies," Tourism and Sports Ministry spokesman Vachara Kannikar told The Associated Press on Monday.

Police said the couple's bodies were being kept at a rescue unit in Chachoengsao, 20 miles (30 kilometers) east of Bangkok, until they could be repatriated.