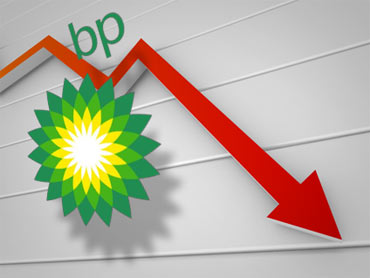 Although BP officially dropped the name British Petroleum in 1998, the company remains such an integral part of the U.K. economy that British officials defend BP against the harsh treatment it's received on the American side of the Atlantic.

"The (U.K.) government must put down a marker with the US administration that the survival and long-term prosperity of BP is a vital British interest," Sir Christopher Meyer, a former British ambassador to the United States, told the British Broadcasting Corp. last week.

Even on Wednesday, before it was reported that BP will pay $20 billion into a fund for victims of the massive oil spill, British Prime Minister David Cameron told BBC radio that he stressed to President Obama over the weekend that the company will need certainty about how much it will have to pay to meet "reasonable claims."

"As I discussed with the president, that while it is important that they pay reasonable claims -- BP accept this themselves -- they do need a level of certainty," Cameron said.

The April 20 explosion that killed 11 rig workers and caused the leak gushing thousands of barrels of crude oil into the Gulf of Mexico has turned into the Achilles heel in what many Britons considered a solid investment for pensions.

The company's decision to withhold dividends until 2011 isn't likely to calm the rift that has developed between Britain and the United States over BP's actions.

After all, news of BP's board meeting Monday about the possibility of suspending the company's generous dividends sent stocks plunging and prompted Cameron's energy secretary, Chris Huhne, to say that BP "remains a strong company" with the financial resources to deal with the damage of the spill, according to The Associated Press.

And BP doesn't just have roots in the British economy. About 40 percent of BP shares are held in the U.S., and individuals hold about a third of those shares, not financial institutions, the BBC reported. The company also employs 22,800 people in the U.S.

After ExxonMobil and Royal Dutch Shell, the oil company is the third largest in the world. The New York Times reported that the company's dividends represented 13 percent, or more than a seventh, of the dividends British companies paid last year.

The company also represents a significant part of the U.K. tax base, paying nearly $1.4 billion in taxes on profits last year, the Times reported. Although the company's stock has fell as oil continues to leak from its broken wellhead -- losing nearly $82 billion in the process -- it's still valued at more than $100 billion.

But BP's ability of weathering the financial storms ahead remains in question after the price of its shares fell following Tuesday's downgrade of two of the company's ratings to BBB from AA.

This doesn't mean the company is completely sunk. In the same Guardian report, analysts said some large U.S. investors might have sold their BP shares to avoid bad publicity, possibly setting the company's stock up for a resurgence if BP survives the summer and plugs the leak.