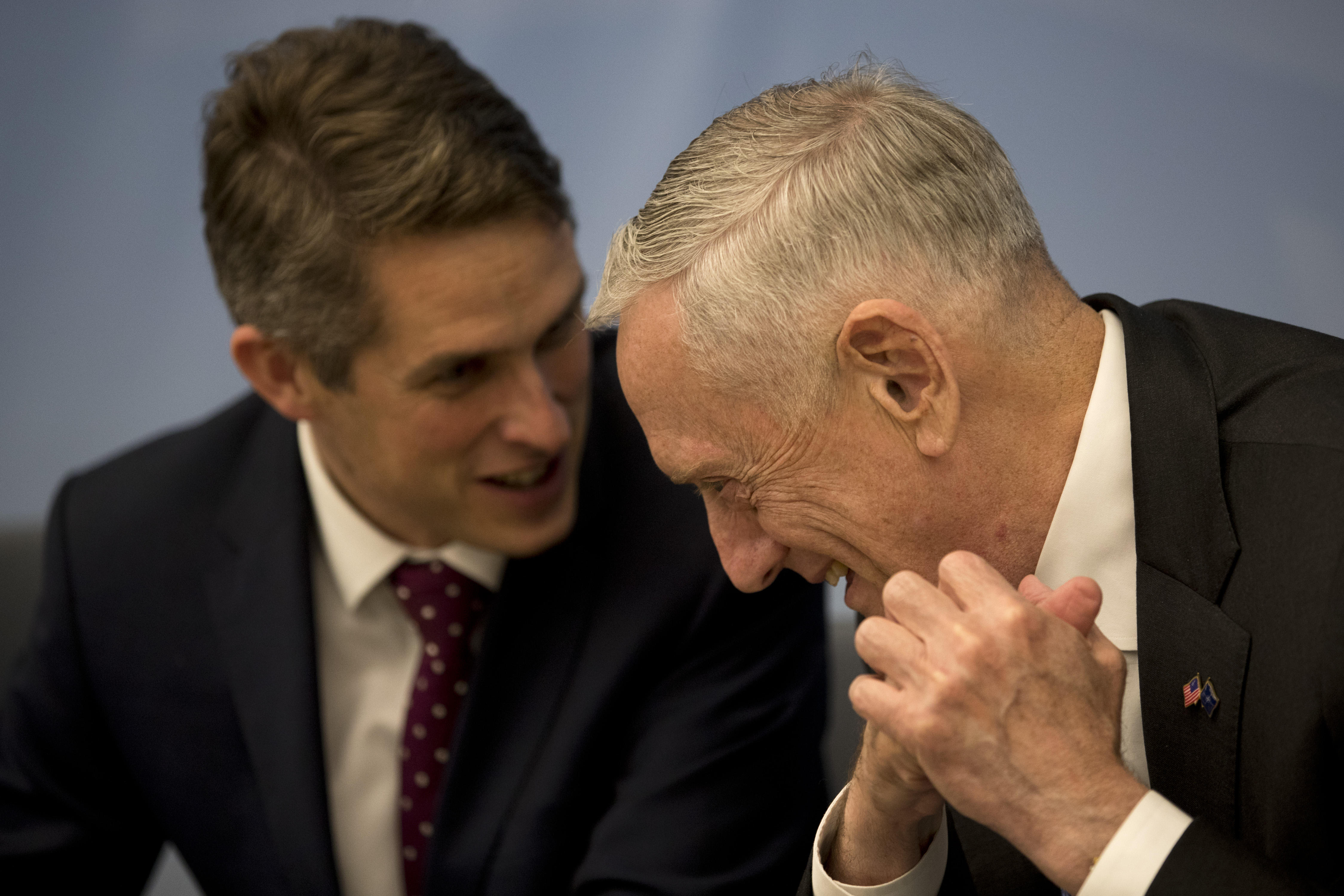 BRUSSELS -- British Defense Secretary Gavin Williamson on Thursday branded a series of global cyberattacks blamed on Russia as the reckless actions of a "pariah state" and said that the U.K. and its NATO allies would uncover such activities in the future. "Where Russia acts in an indiscriminate and reckless way, where they have done in terms of these cyberattacks, we will be exposing them," Williamson told reporters in Brussels at talks with U.S. Defense Secretary Jim Mattis and their NATO counterparts.

His remarks came after British and Australian officials said the Russian military intelligence unit GRU is behind a wave of global cyberattacks. Britain's National Cyber Security Center says four new attacks are associated with the GRU as well as earlier cyberattacks.

It cites attacks on the World Anti-Doping agency, Ukrainian transport systems, the 2016 U.S. presidential race and others as very likely the work of the GRU.

British officials have blamed the GRU for the March nerve agent attack on Russian ex-spy Sergei Skripal and his daughter Yulia in the English city of Salisbury. Russia denies any involvement.

The revelation comes as the U.S., Britain, Denmark and the Netherlands were due Thursday to offer their offensive cyber-capabilities to the NATO military alliance for use in combating such attacks.

"This is not the actions of a great power. This is the actions of a pariah state, and we will continue working with allies to isolate them; make them understand they cannot continue to conduct themselves in such a way," he said.