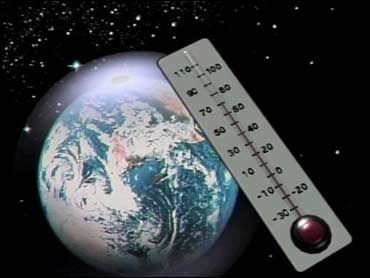 Prime Minister Tony Blair launched a new round of international talks on climate change Tuesday, encouraging G-8 nations and major polluters such as China and India to use cleaner forms of energy.

He said that when the landmark Kyoto Protocol expires in 2012, the international community would need a more sensitive framework for tackling global warming. Setting targets, he added, made countries worry about their economies.

"People fear some external force is going to impose some internal target on you, which is going to restrict your economic growth," Blair told environment and energy ministers from 19 countries.

"I think in the world after 2012 we need to find a better, more sensitive set of mechanisms to deal with this problem."

Blair has made tackling global warming a priority for Britain's presidency of the Group of Eight industrialized nations. But he has met strong resistance from the United States.

President Bush's administration has refused to sign the 1997 Kyoto accord, saying the caps on greenhouse gas emissions it demands would damage the U.S. economy. Bush also objects to large developing nations, such as China and India, being exempt from the treaty.

Voting machines are vulnerable to hackers

Blair has acknowledged he will not overcome such opposition.

Seeking to draw the United States back into the debate, he has instead focused on the need for green technology. Britain is also trying to involve emerging economies that are set to become the world's biggest polluters in the future.

The European Union already has agreed to work with China on cleaner technology, including how to capture and store carbon emitted from its power plants.