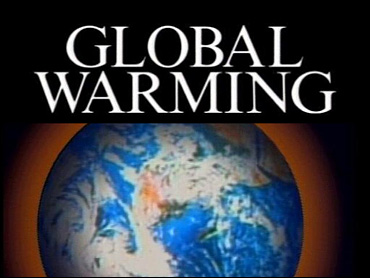 Gearing up for the Group of Eight summit, which will discuss greenhouse gases among other issues, President Bush is explaining his position - namely, opposition to the Kyoto global warming treaty.

President Bush told interviewers that adhering to the Kyoto treaty on climate change would have "wrecked" the U.S. economy, and called U.S. dependence on Middle East oil a national security problem.

In London, the Guardian newspaper reports the rift between the U.S. and the other G-8 nations is so wide on the issue of global warming that there has been talk of the summit's final communiqué being issued representing all of the nations except the U.S.

The Guardian says senior aides to all eight summit nations are negotiating behind the scenes to try to avoid that scenario, which would be historic.

"We're hooked on oil from the Middle East, which is a national security problem and an economic security problem," President Bush said in a Danish Broadcasting Corp. interview recorded Wednesday at the White House and broadcast Thursday night. Mr. Bush is to visit Denmark next week before going to the G-8 summit in Scotland.

He said the United States is looking for ways to "diversify away from fossil fuels," but defended his decision not to adhere to the Kyoto Protocol, which commits industrial nations to cut emissions of greenhouse gases.

"Kyoto would have wrecked our economy. I couldn't in good faith have signed Kyoto," said Mr. Bush, noting that the treaty didn't require other "big polluters" such as India and China to cut emissions.

The landmark agreement, negotiated in Japan's ancient capital of Kyoto in 1997 and ratified by 140 nations, targets carbon dioxide and five other gases that can trap heat in the atmosphere, and are believed to be behind rising global temperatures that many scientists say are disrupting weather patterns.

The United States, the world's largest emitter of such gases, has refused to ratify the agreement, saying it would harm the economy and is flawed by the lack of restrictions on emissions by China and India.

Turning to the subject of Iraq, President Bush defended his decision to go to war, even though no proof has been found that former dictator Saddam Hussein had weapons of mass destruction as intelligence reports had indicated.

"I'm obviously disappointed. I thought we would find weapons of mass destruction, as did the world," said Mr. Bush. "It wasn't just our intelligence, nor was it my administration. My predecessor President Clinton felt the same way based upon what everybody thought was solid intelligence."

President Bush insisted the decision to invade Iraq was right.

"Because Saddam Hussein was not only a tyrant, he was a threat to world peace. ... Even though we have haven't found the weapons themselves, we certainly know he had the capacity" to make them.

The president also said he was proud of U.S. efforts to fight HIV/AIDS and poverty in Africa — another major topic at the G-8 summit.

"I am going to Denmark and then the G-8 and I'm proud to talk about the record we've got when it comes to HIV/AIDS on the continent of Africa, or feeding the hungry."

On Thursday, President Bush announced plans to spend $1.2 billion to cut malaria deaths in Africa. He also proposed doubling U.S. spending to $400 million to promote the education of girls in Africa and said he wanted Congress to approve $55 million over three years to improve legal protections for women in Africa against violence and sexual abuse.

In the Danish interview, President Bush reiterated his stance against abortion and said his faith gives him the "peace of mind" to sleep well at night.

He also said his job requires him to listen to the right people.

"I think that people who look at my government, they'll say that old George W. has surrounded himself with some great people. And I have."

Mr. Bush is to arrive in Denmark on Tuesday, a day ahead of his 59th birthday.