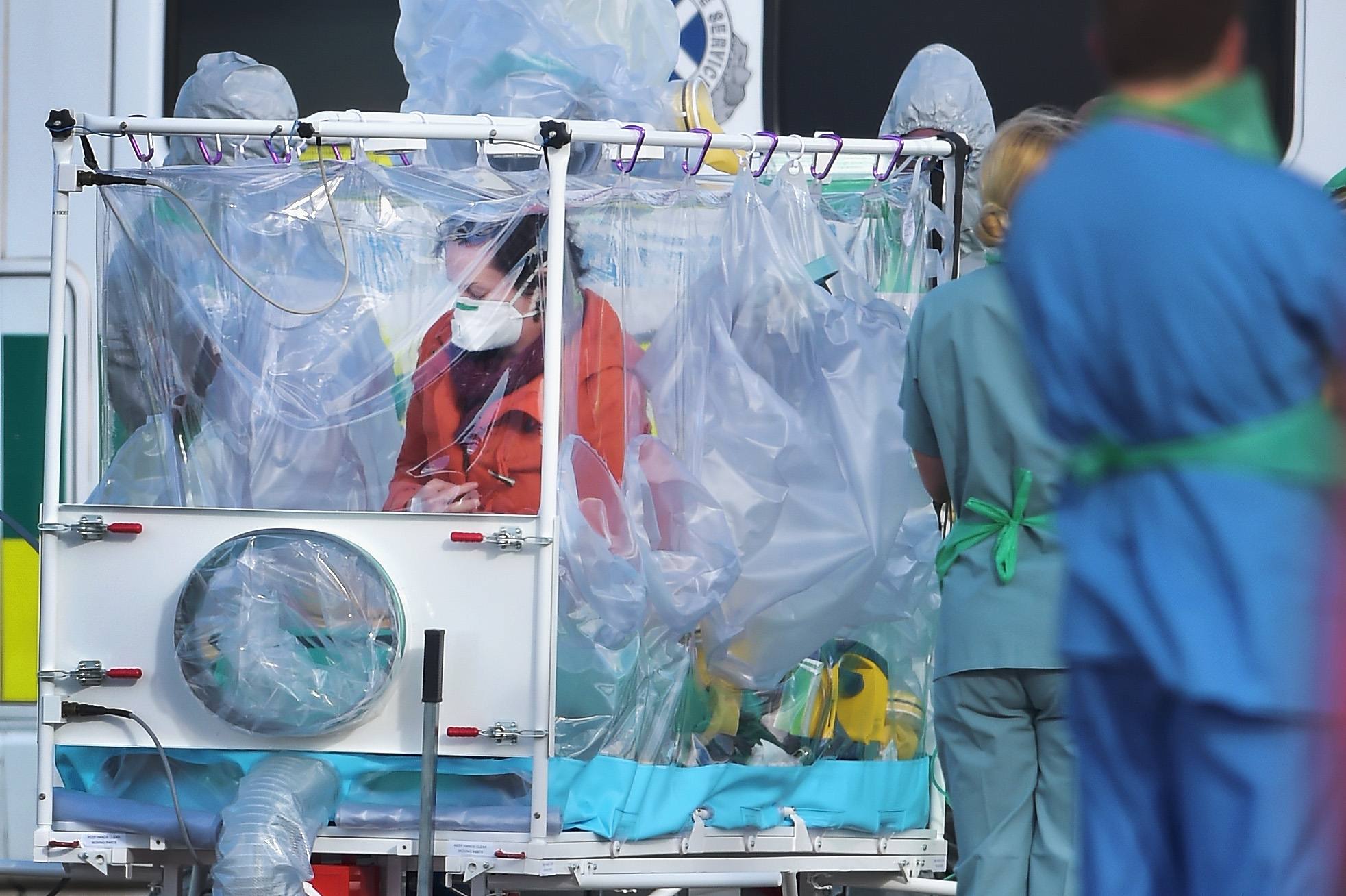 GLASGOW, Scotland -- Nurse Pauline Cafferkey is said to be in a “stable condition” after she was rushed to hospital for a fourth time since contracting Ebola while working in Africa. Ms. Cafferkey was taken to the Queen Elizabeth University Hospital in Glasgow under police escort on Thursday morning.

She is undergoing “routine monitoring” by the infectious diseases team and remains in a stable condition, NHS Greater Glasgow and Clyde (NHSGGC) said. The nurse was infected with the Ebola virus while working in Sierra Leone as a volunteer for Save the Children.

On her return from west Africa at the end of 2014, she was quickly struck down and was treated at the Royal Free Hospital in London. Ms. Cafferkey was discharged in January 2015, with doctors saying she had completely recovered and was not infectious in any way.

However, she was readmitted to hospital twice - in October 2015 and February 2016 - after suffering complications linked to the disease, at one stage falling critically ill. An NHSGGC spokeswoman said on Thursday: “Ms. Cafferkey was admitted to the Queen Elizabeth University Hospital under routine monitoring by the infectious diseases team.

“She is undergoing further investigations and her condition remains stable.”

On previous occasions she has been transferred to the Royal Free in London via an RAF aircraft after initial treatment in Glasgow.

First Minister Nicola Sturgeon tweeted: “Sending my very best wishes to Pauline Cafferkey. She has already suffered way too much - & all for trying to help others. Thoughts with her.”

Last month Ms. Cafferkey was cleared of misconduct over her return to the UK with the virus. She was accused by the Nursing and Midwifery Council of allowing an incorrect temperature to be recorded in a “chaotic” screening centre in Heathrow on her return from Sierra Leone in late 2014.

Ms. Cafferkey said she would never have knowingly put anyone in danger and an independent panel found three charges against her were not proven and her fitness to practise was not affected.

It ruled her judgement at the airport in December 2014 had been so impaired by the developing illness that she could not be found guilty of misconduct. Speaking outside the hearing in Edinburgh, Ms Cafferkey’s lawyer said she was “relieved the process is at an end” and stressed the nurse would have never knowingly placed anyone in danger.

Joyce Cullen said of her client: “She willingly put her life at risk to travel to Sierra Leone to work as a volunteer helping to treat people suffering from Ebola. “She and hundreds of other volunteers played a vital role in saving lives, helping to curb the epidemic in extremely challenging circumstances.”

During the Ebola outbreak which swept Guinea, Liberia and Sierra Leone, more than 28,000 cases were reported, resulting in over 11,000 deaths. The World Health Organisation declared Sierra Leone Ebola-free in March this year.