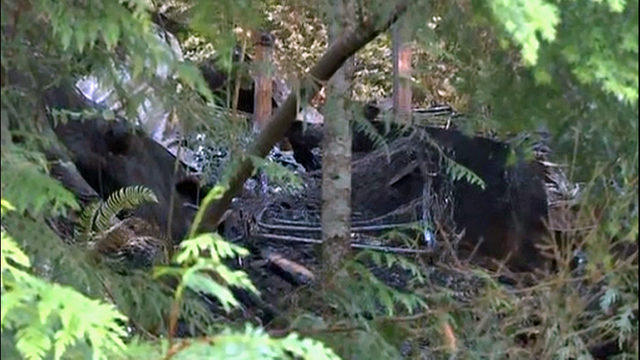 BRINNON, Wash. -- Officials in Washington state say a family of five died in an explosion and fire Sunday at a rental cabin near Brinnon. CBS affiliate KIRO-TV reports that neighbors called 911 after hearing an explosion about 1 a.m. Sunday. The callers said that the hillside was on fire and the cabin was gone.

Firefighters located the bodies of two adults and three children in the remnants of the cabin, KIRO reported.

The Jefferson County Sheriff's Office sought help from the Washington State Patrol Crime Lab and the Bureau of Alcohol, Tobacco, Firearms and Explosives.

No names were released, pending notification of relatives.

Manly and the Sheriff's Office said they would have no additional information Sunday.

Brinnon is about 28 miles from Seattle.