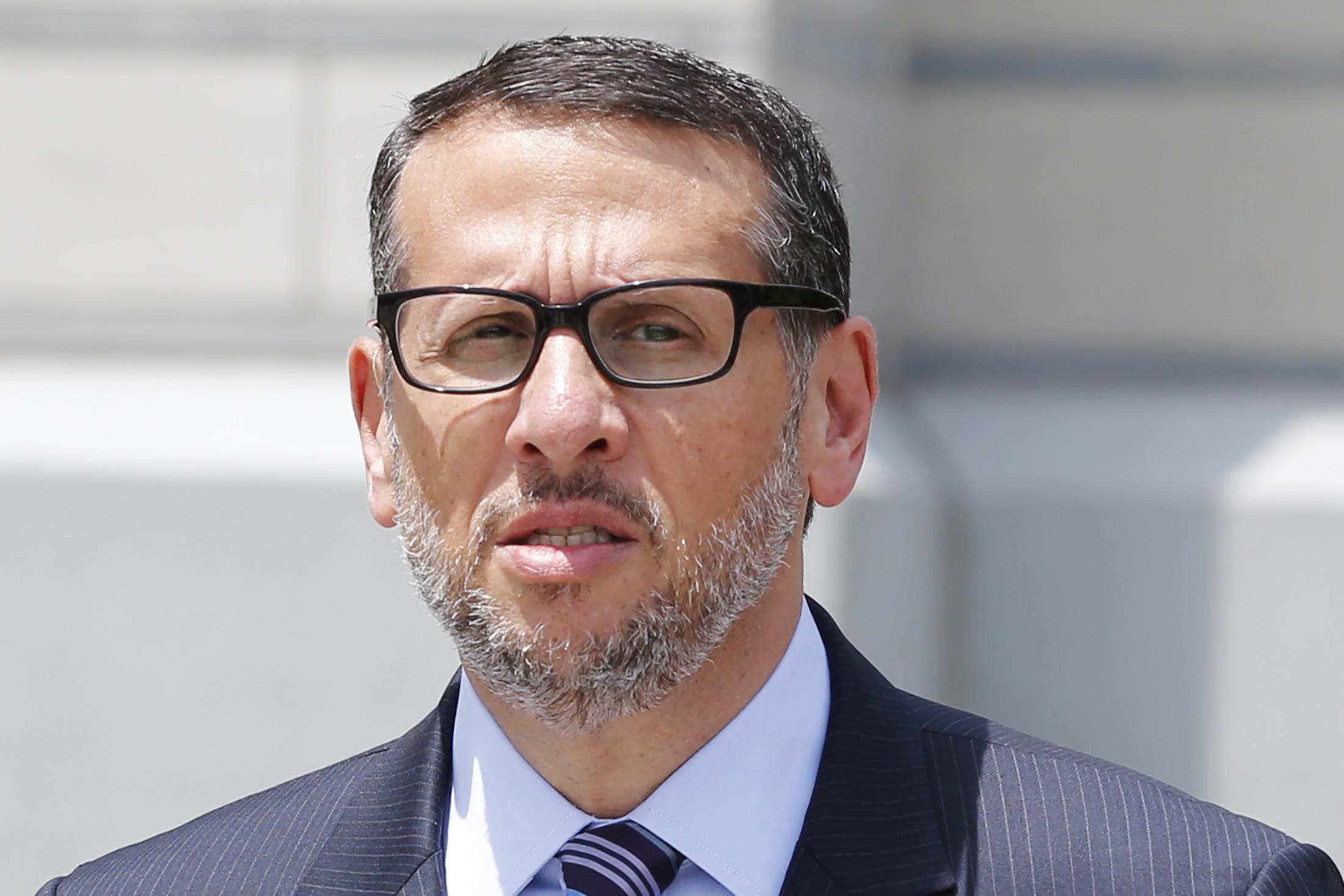 NEWARK, N.J. -- A former ally to Gov. Chris Christie who was the mastermind of the 2013 George Washington Bridge lane-closing scheme will avoid prison after pleading guilty and giving testimony that helped convict two former aides to him.

Federal Judge Susan Wigenton in Newark sentenced David Wildstein to three years' probation Wednesday along with 500 hours of community service and a ban on working in government.

He faced 21 to 27 months in prison under a plea agreement, but federal prosecutors asked that he only get probation after his testimony helped convict former Christie staffer Bridget Kelly and Wildstein's former supervisor, former Port Authority of New York and New Jersey executive Bill Baroni.

"All three of us put our faith in a man who neither earned it nor deserved it," Wildstein said in court of the three charged and Christie. "I willingly drank the Kool-Aid of a man I'd known since I was 15 years old."

In March, Kelly and Baroni were sentenced to 18 and 24 months in prison respectively. Both have appealed their sentences and maintain their innocence, portraying Wildstein as the wizard, "Mr. Edge," as he was known in political circles, CBS New York reported.

Wildstein's sentencing brings to an end a sordid saga that has left a cloud over Christie's administration, which is in its final months. The scandal contributed to his approval rating falling from around 70 percent to 15 percent.

Christie wasn't charged but saw his presidential aspirations run aground by a scandal that dragged on for more than three years because of the scheme Wildstein launched to punish a Democratic mayor who wouldn't endorse Christie's 2013 re-election.

Wildstein and both defendants contradicted Christie's account that he didn't know about the traffic jams or their purpose until months afterward. Wildstein testified he and Baroni joked with Christie about traffic problems in Fort Lee while the lane closures were underway, and Kelly testified she told the governor about the plans to close lanes before they occurred.

Christie has denied he knew of the plot. His spokesman, Brian Murray, continued to blame Wildstein after the sentencing.

"Mr. Wildstein devised this outrageous scheme all by himself, coerced others to participate in it and then turned himself in to avoid imprisonment for the crimes he has admitted to committing," Murray said.

Wildstein apologized to Fort Lee Mayor Mark Sokolich and told the judge he regrets what he described as "a callous decision that served no purpose than to punish one mayor. It was stupid, it was wrong."

Prosecutors told the judge there likely would have been no prosecutions in the case if Wildstein didn't cooperate.

"He walked into the U.S. attorney's office and said, 'I did this, this is why and this is who I did it with,'" U.S. Attorney Lee Cortes told Wigenton.

Cortes said "there's no excusing the conduct of David Wildstein. His efforts propelled it forward, he came up with the cover story" and his actions were a "gross abuse." But he noted Wildstein did not delete emails like Kelly and turned over "smoking gun emails and text messages."

He said Wildstein then told the truth during eight days of testimony and spoke with "remarkable candor" about incidents that were personally embarrassing to him.

Defense attorney Alan Zegas said Wildstein provided more information than any other client he's had in 30 years of practicing law and that he was "vilified in the press, vilified in this very courthouse almost daily," partly because of information he provided.

Wigenton told Wildstein he was entitled to a downward departure from the sentencing guidelines because of his cooperation, including information that led to a separate bribery charge against another Christie ally, former Port Authority Chairman David Samson.

Samson was sentenced to probation and home confinement earlier this year after admitting he used his position to pressure United Airlines to revive a flight from Newark Liberty International Airport to South Carolina, near his weekend home.

Wildstein and Christie went to Livingston High School together in suburban Newark. Christie played catcher and dreamed of playing for the New York Mets. Wildstein was the baseball team's statistician who became a behind-the-scenes political player with a bagful of dirty tricks he was unafraid to use.

Years later their paths came full circle in the saga known as "Bridgegate," the bizarre tale of traffic-jams-as-political-payback that took aback even hardened observers of New Jersey's bare-knuckle political arena.

"I apologize to the people of New Jersey for magnifying the stereotypes of politics in the state," Wildstein said in his statement to the judge Wednesday.

Former Major League Baseball player Charlie Hayes wrote in a letter to the judge that Wildstein, who has moved to Florida, can perform the community service for a nonprofit foundation Hayes has asked him to run.