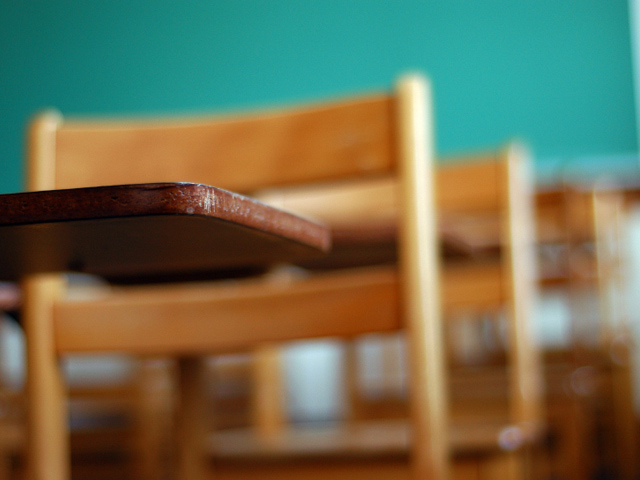 (CBS/AP) FRESNO, Calif. - An instructor at a California college says he has been fired after being accused of slamming a female student to the ground during a fight.

The Fresno Bee reported Wednesday that Brian Calhoun, a longtime instructor at Fresno City College, sent out an e-mail with the news on Tuesday.

Calhoun's attorney, Roger Nuttall, told the Bee his client had support from colleagues and students, but not the powers that be.

Gomez told police she cursed at the 69-year-old Calhoun because he was being rude and punched him after he pinned her. Police say Calhoun then slammed Gomez onto the ground.

Nuttall reportedly claims Calhoun ended up with broken glasses and a tooth knocked out as a result of the incident.

Gomez's attorney, Cathereine Campbell, has reportedly said Calhoun was "out of control" and that her client did nothing worse than curse at him.

"The termination of his employment is an appropriate response to his behavior," she said, according to the paper.

Calhoun was cited for misdemeanor battery. He says he is facing a jury trial in September.

"I felt wronged and chose a jury trial that will take place in September," the email says. "The student also sued me in civil court on charges as long as your arm (to include civil rights violations since she is Hispanic and I am not)."

He also says both Fresno City and State Center have given him no support.

According to the paper, Kathy Bonilla, Fresno City College's public information officer, said the school would have no comment because it is a personal matter.