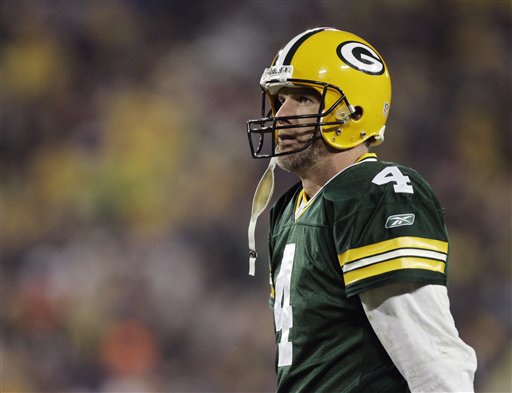 Packers quarterback Brett Favre had minor ankle surgery Monday and is expected to recover in time for offseason workouts.

Favre, who plans to return for his 17th NFL season, has been bothered for several years by a buildup of bone spurs in his left ankle. He kept putting off the procedure, and skipped out on a previously scheduled surgery Jan. 1.

"The procedure went as expected and he is recovering at this time," Green Bay general manager Ted Thompson said in a statement. "We expect no complications and that he will be cleared to participate in offseason workouts similar to his schedule in 2006."

Favre had surgery on the same ankle after a similar problem in 1995.

Favre said the week before the Packers' Dec. 31 season finale in Chicago that the pain was worse in practice because in games, you just "suck it up and go."

"I don't want to sound like John Wayne," Favre said. "It's not, 'Favre's walking around with knives sticking in his foot.' It's painful at times, but there's a lot of people who go through similar things."

Even with his past struggles with addiction to prescription painkillers, Favre said at the time that he could have taken medicine to dull the pain last year _ but he didn't.

"I guess I could, if it really came down to it," Favre said. "But that wouldn't help in this case. Because when I wake up in the morning, it takes me, I don't know, a while just to move around and all that stuff. But once I get going during the day, it's tolerable. And to take them during the game, which I never did before, that wouldn't be worth it."