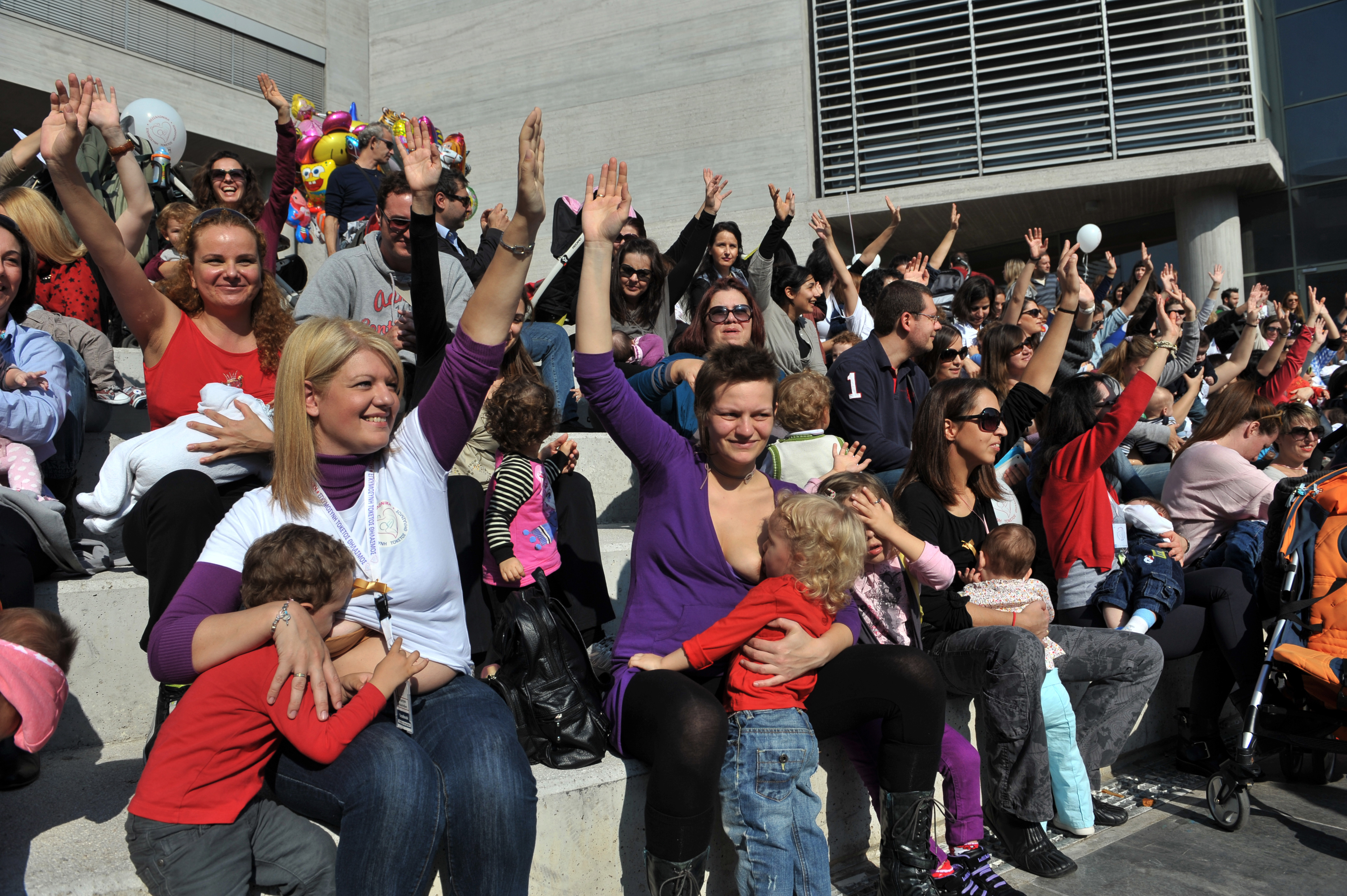 NEW YORK -- Breast-feeding’s benefits have been backed by yet another study, the latest finding kids who were breast-fed for more than six months scored the highest on cognitive, language and motor development tests as toddler.

Earlier research tied breast-feeding to better thinking and memory skills. But how it's related to language skills and movement and coordination had been less clear.

The new study, out of Greece, doesn't prove breast-feeding is responsible for better development, but it shows a strong association, researchers said.

Most evidence "pretty clearly shows there are significant medical benefits of breast-feeding," Dr. Dimitri Christakis, professor of pediatrics at the University of Washington and director of the Center for Child Health, Behavior and Development at Seattle Children's Research Institute, told Reuters Health in an email.

"I think that the evidence is now of sufficient quality that we can close the book on these benefits and focus instead on how do we succeed in promoting breast-feeding because all of the studies, including this one, that have looked at it have found a linear relationship, which is to say that the benefits accrue with each additional month that a child is breast-fed," added Christakis, who was not involved in the study.

In the U.S., about 77 percent of new moms breast-feed their babies, according to an August study from the Centers for Disease Control and Prevention (CDC). Almost half follow the American Academy of Pediatrics’ recommendation of breast-feeding exclusively for first six months of a newborn's life. Moms are also recommended to provide supplemental breast milk until a child is aged 1 year old or older.

The World Health Organization recommends breast-feeding even longer with complementary foods through age 2 and beyond.

But a March 2013 study found 40 percent of parents introduce solid foods too soon, before a baby turns 4 months old.

Given these rates, health officials often urge longer breast-feeding because it may protect against gastrointestinal tract infections, diabetes, respiratory infections, asthma and obesity, although one recent study did not find protections against childhood obesity. Moms have also been found to be less likely to develop breast and ovarian cancer if they breast-fed.

For the new study, Dr. Leda Chatzi from the University of Crete and her colleagues used data from a long-term study of 540 mothers and their kids.

When the babies were nine months old, researchers asked moms when they started breast-feeding and how long they breast-fed. They updated the information when the children were 18 months old. Psychologists also tested children's cognitive abilities, language skills and motor development at 18 months.

About 89 percent of the babies were ever breast-fed. Of those, 13 percent were breast-fed for less than one month, 52 percent for between one and six months, and 35 percent for longer than six months.

Scores on the cognitive, receptive and expressive communication and fine motor sections were highest among children who were breast-fed for more than six months, the researchers reported in the Journal of Epidemiology and Community Health.

For instance, on cognitive assessments with a normal score of 100, toddlers who were never breast-fed scored about a 97, on average. Kids who were breast-fed for more than six months scored a 104.

Chatzi and her colleagues expected to see more breast-feeding than they did.

"We were surprised by the fact that breast-feeding levels in Greece remain low, even though there is an ongoing effort by the Greek State to promote breast-feeding practices," Chatzi told Reuters Health in an email.

"One of the reasons we see such a big drop off in the United States and elsewhere around four months is because women return to work," Christakis said.

"The real challenge we have is with sustaining breast-feeding," he said. "I believe very strongly that we need a public health approach to doing so because these are public health issues - improving child cognition and improving in this case as they showed a child's physical development, benefits society as a whole and society has to support women achieving that goal."