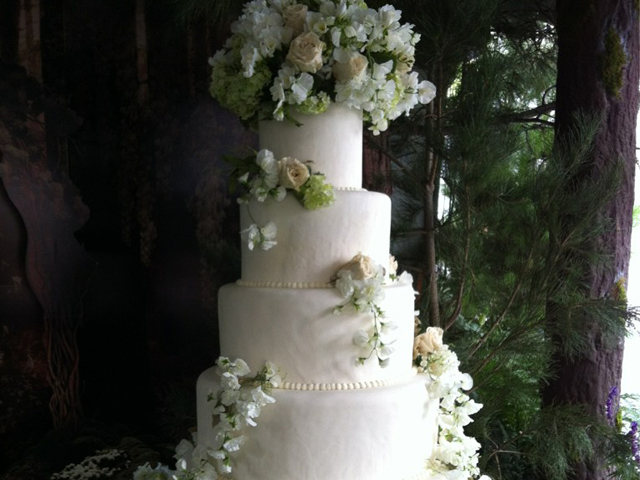 The white, multi-tiered cake is shown covered in flowers.

"The #BreakingDawn wedding cake is on full display in the @YahooMovies TWI-FI Lounge for the campers!" the message said.

Edward and Bella's wedding is one of the big events in "Breaking Dawn - Part 1," which hits theaters next week.

Tell us: Are you excited for "Breaking Dawn"?