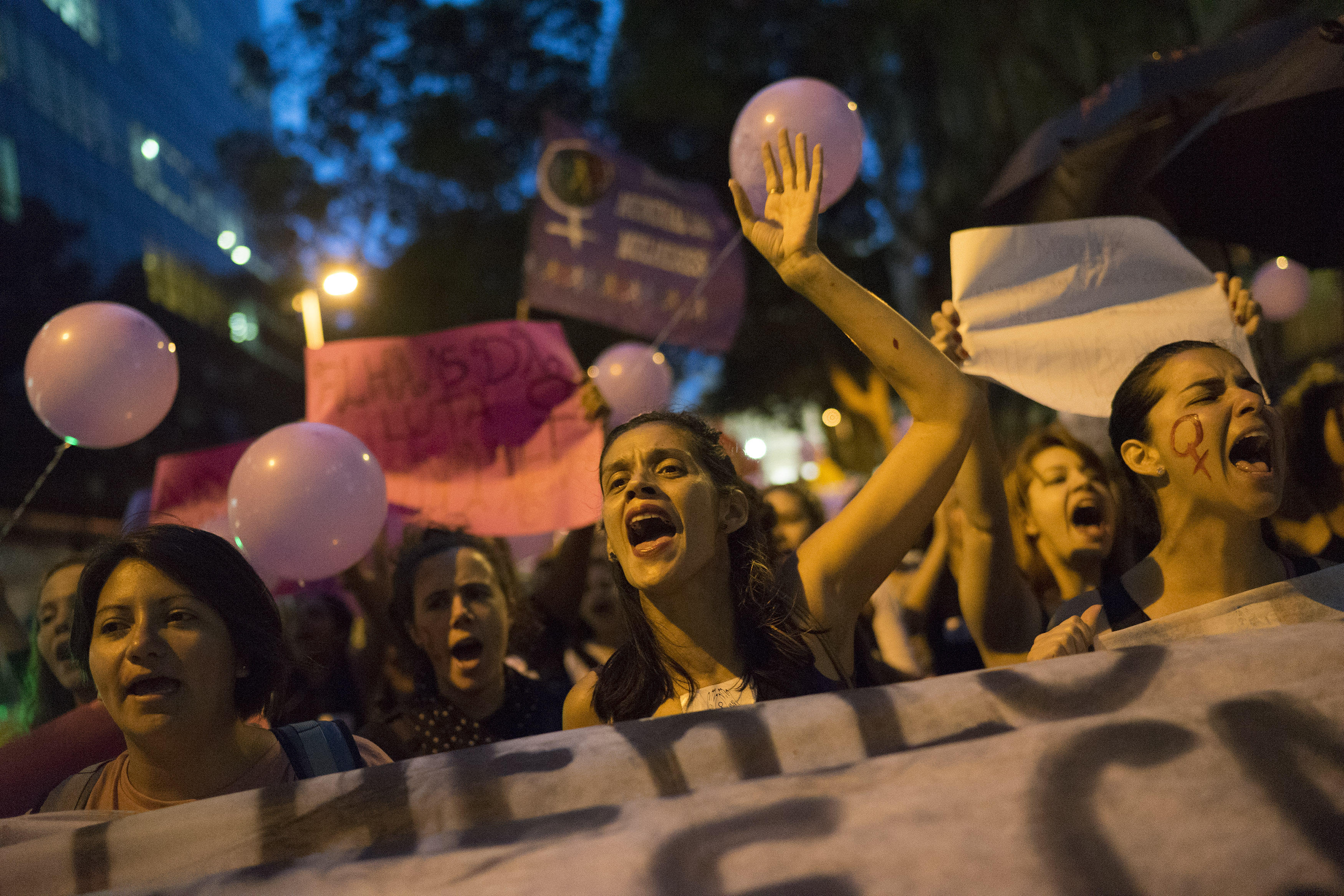 RIO DE JANEIRO -- Brazilian police widened the probe into a brutal gang rape by suspected drug dealers on the outskirts of Rio after the woman told investigators it wasn’t the first time she had been sexually assaulted by traffickers, officials said Tuesday.

The fact that the same woman was apparently victimized more than once infuriated activists and Brazilians alike by highlighting the pervasive violence against women and girls in Latin America’s largest nation. In May, the gang rape of a 16-year-old girl, and the posting of videos of the assault on social media, prompted large protests against gender violence.

The latest victim, a 34-year-old saleswoman, said her nightmare began in March 2013 when her then-boyfriend took her to a party where she had drinks. She said 12 men assaulted her after she lost consciousness.

Debora Rodrigues, head of the investigative unit for crimes against women in Rio’s Sao Goncalo suburb, said the woman learned she had been raped because her attackers shot a video of it and sent it around.

“It’s the first time she is talking about the case in 2013 because she was scared of having her life exposed along with the life of her children,” Rodrigues said. “She is very shaken.”

The woman has already identified seven of the men she says assaulted her in 2013, and Rodrigues said authorities have widened the investigation into this year’s alleged rape to include the earlier case. The attackers in both cases are believed to be drug traffickers operating in the region.

Her nightmare continued last week in a bar in Sao Goncalo, a violent and impoverished bedroom city separated from Rio by the Guanabara Bay.

The first moments of the second attack were captured by a bar security camera.

The bar’s owner, Manuel Moreira Santos, said the woman was having beers with a patron when three or four teenagers arrived and interrupted the couple. Santos said he heard one of them tell the man: “You are buying beers for a woman that belongs to others. She is mine.”

In the video broadcast by the main news channels, a woman is dragged against her will to the men’s bathroom where she was reportedly forced to perform oral sex. The bar’s owner then appears to approach the group.

“I felt there was something evil happening. I went to tell them. For the love of God, not here,” Santos recalls telling the teenagers, fearing they could hurt him.

The woman tried to escape but was taken to a nearby lot and raped by the group that had grown bigger.

Rodrigues said the victim’s cries got louder as the men began to threaten to use tree branches.

Police are seeking eight other teenagers besides the two who were detained the night of the attack, when police found the victim naked and crying next to a sewage canal. Because they are minors, a juvenile court judge would decide how long they would be held in a juvenile correctional center.

The way police responded to the second attack has been called into question.

The woman said she was taken to the station in the same car as two of the 10 teenagers who attacked her and that agents used vulgar language with her. Police said in a statement there were no more cars available that night, but clarified the officers made sure the victim was safe. An investigation was opened to probe the police conduct.

Brazil reported more than 47,000 rapes in 2014, according to a non-governmental group Public Safety Forum that compiles law enforcement data of each state. A recent study commissioned by the federal government found that 147,691 women had to seek medical help for domestic or sexual violence in 2014.

Sexual assaults have recently sparked a spate of marches against gender violence across Latin America. Last week, tens of thousands of people protested in Argentina, Mexico, Bolivia, Chile, Paraguay and Uruguay under the slogan “Not one less.”

A march protesting gender violence was scheduled to be held Tuesday evening in Rio.