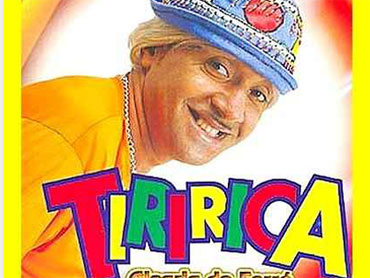 Americans may feel that the nation is run by a bunch of clowns in Washington, but millions of citizens in Brazil went to the polls Sunday to elect an actual clown to congress.

Francisco Everardo Oliveira Silva - known by the clown name Tiririca, which means "grumpy" - received more than 1.3 million votes, more than double that of the next closest candidate, Reuters reported Monday.

Tiririca ran for a congressional seat in Sao Paulo state, the nation's most populous, using the campaign slogan "It can't get any worse." He offered no promises other than reporting back to constituents how their representatives spent their time.

"What does a congressman do? The truth is I don't know, but vote for me and I'll tell you," he said in campaign advertisements.

Public prosecutors had tried to prevent the clown from running because of "evidence that he is illiterate," Reuters said.