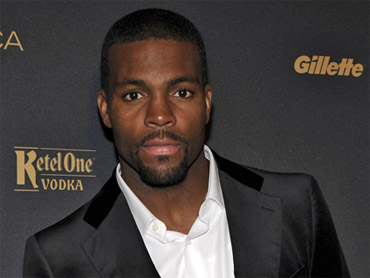 (CBS/AP) New York Jets wide receiver Braylon Edwards has been arrested in Manhattan on a charge of driving while intoxicated.

A law enforcement official tells The Associated Press that Edwards was pulled over on the west side of Manhattan around 5:15 a.m. Tuesday because his vehicle had excessive tinting on its windows. The official says police noticed a strong smell of alcohol and arrested Edwards. The official was not authorized to speak about the case and spoke on condition of anonymity.

According to the New York Post, Edwards blew a 0.16 on a Breathalyzer, or double the state's legal limit of 0.08.

In January, Edwards was put on probation after pleading no contest to misdemeanor aggravated disorderly conduct in Cleveland. In that incident, Edwards punched a friend of LeBron James outside a Cleveland nightclub, the Post reports.

Jets General Manager Mike Tannenbaum said in a statement that the Jets are disappointed and "will impose the appropriate disciplinary measures." He says Edwards showed poor judgment.

Tannenbaum noted the Jets have a special program for players: If one goes into a social setting and plans to drink, he can call for a driver to take him home.

The NFL had no comment. Edwards could be in line for a suspension for violations of NFL policies on alcohol and on player conduct policy.

Edwards had a big game for the Jets in their 28-14 win over the New England Patriots on Sunday, catching five passes, including a touchdown and a 2-point conversion. He was penalized for taunting — he danced in front of the defensive back covering him — after his 10-yard TD catch and coach Rex Ryan clearly wasn't happy on the sideline, shaking his head.

The former first-round pick out of Michigan in 2005 said during the Jets' playoff run last season that he wanted to finish his career in New York. Edwards signed a contract tender with the Jets in March worth $6.1 million, and will be a free agent after this season.

During his weekly spot on WFAN-AM on Tuesday morning, Jets wide receiver Jerricho Cotchery said Edwards attended a Monday night event in support of Cotchery's nonprofit foundation benefiting underprivileged youth in Manhattan. Cotchery said several teammates were there, and the event ran from 6:30 p.m. until 9:30 p.m. on Manhattan's west side.

It's not clear where Edwards was coming from when he was pulled over.